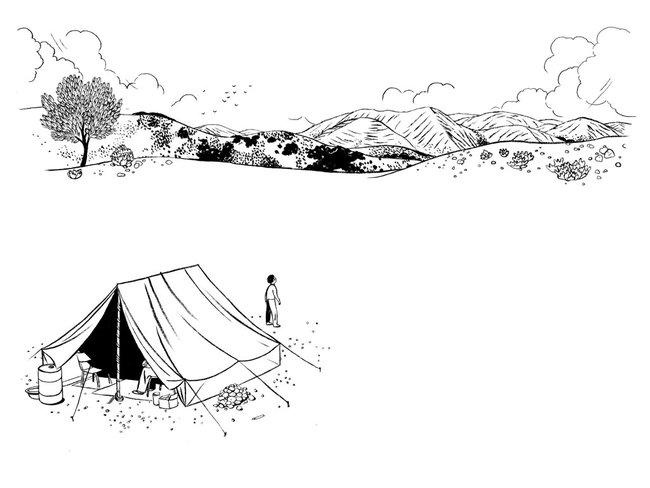 SIXTY-THREE years ago, a 13-year-old Palestinian boy was forced to leave his home in the Galilean city of Safed and flee with his family to Syria. He took up shelter in a canvas tent provided to all the arriving refugees. Though he and his family wished for decades to return to their home and homeland, they were denied that most basic of human rights. That child’s story, like that of so many other Palestinians, is mine.

This month, however, as we commemorate another year of our expulsion — which we call the nakba, or catastrophe — the Palestinian people have cause for hope: this September, at the United Nations General Assembly, we will request international recognition of the State of Palestine on the 1967 border and that our state be admitted as a full member of the United Nations.

Many are questioning what value there is to such recognition while the Israeli occupation continues. Others have accused us of imperiling the peace process. We believe, however, that there is tremendous value for all Palestinians — those living in the homeland, in exile and under occupation.

It is important to note that the last time the question of Palestinian statehood took center stage at the General Assembly, the question posed to the international community was whether our homeland should be partitioned into two states. In November 1947, the General Assembly made its recommendation and answered in the affirmative. Shortly thereafter, Zionist forces expelled Palestinian Arabs to ensure a decisive Jewish majority in the future state of Israel, and Arab armies intervened. War and further expulsions ensued. Indeed, it was the descendants of these expelled Palestinians who were shot and wounded by Israeli forces on Sunday as they tried to symbolically exercise their right to return to their families’ homes.

Minutes after the State of Israel was established on May 14, 1948, the United States granted it recognition. Our Palestinian state, however, remains a promise unfulfilled.

Our quest for recognition as a state should not be seen as a stunt; too many of our men and women have been lost for us to engage in such political theater. We go to the United Nations now to secure the right to live free in the remaining 22 percent of our historic homeland because we have been negotiating with the State of Israel for 20 years without coming any closer to realizing a state of our own. We cannot wait indefinitely while Israel continues to send more settlers to the occupied West Bank and denies Palestinians access to most of our land and holy places, particularly in Jerusalem. Neither political pressure nor promises of rewards by the United States have stopped Israel’s settlement program.

Negotiations remain our first option, but due to their failure we are now compelled to turn to the international community to assist us in preserving the opportunity for a peaceful and just end to the conflict. Palestinian national unity is a key step in this regard. Contrary to what Prime Minister Benjamin Netanyahu of Israel asserts, and can be expected to repeat this week during his visit to Washington, the choice is not between Palestinian unity or peace with Israel; it is between a two-state solution or settlement-colonies.

Despite Israel’s attempt to deny us our long-awaited membership in the community of nations, we have met all prerequisites to statehood listed in the Montevideo Convention, the 1933 treaty that sets out the rights and duties of states. The permanent population of our land is the Palestinian people, whose right to self-determination has been repeatedly recognized by the United Nations, and by the International Court of Justice in 2004. Our territory is recognized as the lands framed by the 1967 border, though it is occupied by Israel.

We have the capacity to enter into relations with other states and have embassies and missions in more than 100 countries. The World Bank, the International Monetary Fund and the European Union have indicated that our institutions are developed to the level where we are now prepared for statehood. Only the occupation of our land hinders us from reaching our full national potential; it does not impede United Nations recognition.

The State of Palestine intends to be a peace-loving nation, committed to human rights, democracy, the rule of law and the principles of the United Nations Charter. Once admitted to the United Nations, our state stands ready to negotiate all core issues of the conflict with Israel. A key focus of negotiations will be reaching a just solution for Palestinian refugees based on Resolution 194, which the General Assembly passed in 1948.

Palestine would be negotiating from the position of one United Nations member whose territory is militarily occupied by another, however, and not as a vanquished people ready to accept whatever terms are put in front of us.

We call on all friendly, peace-loving nations to join us in realizing our national aspirations by recognizing the State of Palestine on the 1967 border and by supporting its admission to the United Nations. Only if the international community keeps the promise it made to us six decades ago, and ensures that a just resolution for Palestinian refugees is put into effect, can there be a future of hope and dignity for our people. 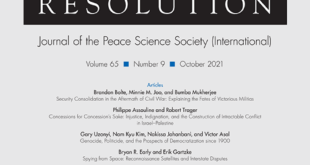