Recent Developments with Regard to ICJ Provisional Measures

Recent Developments with Regard to ICJ Provisional Measures

On Monday of this week, the International Court of Justice indicated provisional measures in the case between Cambodia and Thailand regarding the Temple of Preah Vihear. The case was filed earlier this year after confrontations between the armed forces of both States in the area of the Temple. The case concerns a request by Cambodia for interpretation of the judgment that the ICJ issued in 1962 in the orignal dispute between the two States. In that earlier judgment, the Court had found that “the Temple of Preah Vihear is situated in territory under the sovereignty of Cambodia;” and that “Thailand is under an obligation to withdraw any military or police forces, or other guards or keepers, stationed by her at the Temple, or in its vicinity on Cambodian territory.” In the request for interpretation, Cambodia is asking the Court to clarify the meaning of the phrase “vicinity on Cambodian territory”, to state that the obligation to withdraw from that vicinity is a continuing obligation (and not a one time obligation fulfilled back in 1962). Most importantly, it seems to me, Cambodia is asking the Court to state that its 1962 judgment recognized with binding effect the frontier line that was indicated on the so called “Annex 1 map” extensively discussed by the Court back in 1962 (but which was not referred to in the operative part of the judgment). In other words, Cambodia wishes the court to clarify that the 1962 judgment did not just recognise that the Temple and its vicinity is are on Cambodian territory but determined the frontier between the two State more generally.

In its provisional measures order, the Court went beyond the request by Cambodia which was that the Court order Thailand to withdraw its forces from those parts of Cambodian territory in the area of the Temple. Instead, the Court decided to address its orders to both parties and ordered:

Both Parties shall immediately withdraw their military personnel currently present in the provisional demilitarized zone, as defined in paragraph 62 of the present Order, and refrain from any military presence within that zone and from any armed activity directed at that zone;

The order was criticised by a number of dissenting judges (President Owada, Judges Al Khasawneh, Xue, Donoghue & Judge ad hoc Cot) because the provisional demilitarized zone not only required the parties to withdraw from the territory in dispute but also from territory indisputably under their own sovereignty (see also post by Julian Ku at Opinio Juris). I will return to this point later.

Traditionally, there have been three conditions which must be fulfilled for the indication of provisional measures. First of all, there must be prima facie jurisdiction. Secondly, the measures requested must be related or linked to the claim or rights which form the subject matter of the main proceedings. Thirdly, the situation must be one of urgency, meaning that there must be a risk of irreparable prejudice to the rights at stake. Now the court has added, without much discussion, a fourth requirement that:

“the Court may exercise this power [to indicate provisional measures] only if it is satisfied that the rights asserted by a party are at least plausible” (Cambodia v. Thailand Provisional Measures order, para. 33)

This requirement was first added in the Obligation to Prosecute or Extradite case (Belgium v. Senegal) of 2009. What the Court is now saying is that there must be some relationship between success on the merits of the underlying claim and the indication of provisional measures. It is not enough just to claim rights and to show that the measures requested relate to the claim. The underlying claim itself must have some merit to it. Granted the test of plausibility of the claim is very low indeed. But it means that the Court may reject a claim for provisional measures if it deems that the underlying claim has no merit at all.  Since provisional measures are issued at a stage when the Court has not heard full argument on the merits and indeed has not even decided that it has jurisdiction over the case, it is awkward for the Court to say anything about the merits. It is particularly awkward, where the respondent contests jurisdiction. However, on the other hand, it may be argued that the Court ought not to issue orders (which may be related to the main claim) where there is no prospect of success on the merits. This is particularly so since provisional measures orders are binding (as the Court decided in the LaGrand Case).

The argument that the court ought, at the provisional measures stage, to have some sort of preliminary investigation into the merits has been made in the past. In particular this point was argued in the Great Belt case between Denmark and Finland (1991). In his separate opinion in that case, Judge Shahabudeen in a separate opinion argued for something like the position the Court has now come to. However, the majority did not decide on this point then. In his 1991 Hague Academy lectures on “Provisional and Protective Measures in International Litigation” (Rdc 234, (1992-III), Lawrence Collins (now Lord Collins, who retired from the UK Supreme Court a few weeks ago) noted that:

“There is no doubt that the general practice of the Internatioanl Court is to treat the underlying merits as, in theory, wholly irrelevant on the application for interim measures.”

“the now prevailing view is the merits of the underlying claim are irrelevant and that the practice of the Corut does not require a ‘prima facie’ case to be made out on the application for interim measures.” ( reprinted in Collins, Essays in International Litigation and the Conflicts of Laws, pp. 178 & 179)

So, the position has now changed. What is unclear is what the plausibility test entails. At the provisional measures state, the court already has to decide on whether there is “prima facie” jurisdiction (for the purpose of deciding on whether it has the power to indicate the measures), whether there is a manifest lack of jurisdiction (for the purpose of deciding to dismiss the case) and now it has to decide on whether the rights claimed are “plausible”. It is not clear how different these three standards are. In particular, does plausible just mean that there is some chance of success at the merits stage? Or is it something similar to what some domestic systems have: that there is a serious issue to be tried or perhaps even an arguable case.

The second general development is that the Court now appears to be more prescriptive when issuing provisional measures orders than it was in a previous era. The order in this case delimits a very clear provisional demilitarized zone from which the parties must withdraw. In the other order issued this year – in the Certain Activities in the Border Area case (Costa Rica v. Nicaragua), the Court ordered:

(1) Each Party shall refrain from sending to, or maintaining in the disputed territory, including the caño, any personnel, whether civilian, police or security;

(2) Notwithstanding point (1) above, Costa Rica may dispatch civilian personnel charged with the protection of the environment to the disputed territory, including the caño, but only in so far as it is necessary to avoid irreparable prejudice being caused to the part of the wetland where that territory is situated; Costa Rica shall consult with the Secretariat of the Ramsar Convention in regard to these actions, give Nicaragua prior notice of them and use its best endeavours to find common solutions with Nicaragua in this respect;

Perhaps this is just a matter of perception but these orders (together with the orders in the Consular Convention cases against the US: LaGrand, Avena) seem to be more specific than the general provisional measures orders the Court indicated in the 1980s and 1990s. One may compare cases like Nicaragua Case, the Burkina Faso/Mali case, the Land and Maritime Boundary (Cameroon v Nigeria) case and the Genocide Convention case. In those earlier cases which all dealt with boundary disputes the Court did not indicate with precision which territorities the parties must withdraw from or it left that question to be determined by some other process (though reserving the right to make the determination itself). Or in cases like Nicaragua and the Genocide Convention case, the Courts order was rather general and was more an exhortation to comply with relevant obligations. But in the Cambodia v. Thailand case, the Court is prepared to specify with precision where the parties are to withdraw from and what specific acts the parties may or may not do.

In the Court’s earlier case law on provisional measures (pre Nicaragua) the Court was prepared to be very specific. It is interesting to look at the measures ordered in the Anglo-Iranian Oil case (UK v. Iran) or the Fisheries Jurisdiction cases (UK & Germany v Iceland). In the former the court prescribed very specific arrangements for how the company (Anglo-Iranian Oil) was to be run pending the final decision and in the latter, the Court specified precise arrangements as to fisheries that may be harvested in the area in dispute.

It may be that it is precise circumstances in each case that led to the nature of the order. It may also be that after episodes of non-compliance with earlier orders the Court went through a phrase of being more timid with its orders, but that is now more emboldened. One feature of the most recent orders is that the level of precision means that it is much easier to identify whether there have been breaches of the order.

Finally, I wish to return briefly to the question on which a number of judges dissented in the Temple of Preah Vihear case. The question is whether the Court ought to have required the parties to withdraw from territory which was indisputably under their sovereignty. It is generally accepted that the Court may issue orders which are aimed at preventing aggravation and extension of the dispute. Also, the purpose of provisional measures is to preserves rights at issues and thus to be effective in doing so. It may well be that the Court thought that the only way of indicating effective withdrawal from the area was to pick the coordinates it picked. President Owada indicates as much in his dissent. Without knowing the topography that he refers to it is a bit difficult to fully graps the point. Though it appears contentious at first sight to require withdrawal from parts of a States own territory, if that is necessary to prevent further clashes in the area in dispute then the Court should have this power. Afterall, the Temple of Preah Vihear itself indisputably belongs to Cambodia. The Court decided this in 1962 and Thailand does not contest this now. But given the fighting around it, would it have been wrong for the Court to order both parties to withdraw military personnel from the Temple itself? 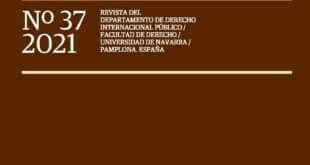 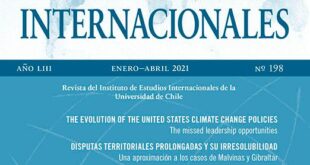 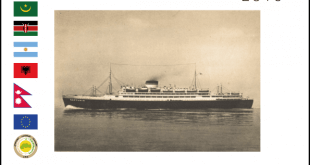