I spent much of yesterday conducting interviews with the media about the situation in Libya. One of the questions I was repeatedly asked concerned the scope of the UN Security Council Resolution 1973 which authorises the use of force in Libya.  How far does the resolution permit the coalition now acting in Libya to go? What are the objectives of the coalition military action? Does it permit the targeting of Colonel Gaddafi? The objectives set out by the resolution seem to me to broader than what is commonly thought. Para. 4 which authorises the use of all necessary means (short of an occupation force) is not just about protecting civilians but also, importantly, about protecting civilian populated areas under threat of attack. In other words, that paragraph authorises the use of force to prevent attacks on towns and cities, whether those attacks are directed at civilians or even at what would be legitimate military targets. My reading of the resolution is that it is really be about stopping Gaddafi’s forces from winning the civil war in Libya. So the resolution seems to be more than what the advocates of the responsibility to protect doctrine would suggest. This is not just about stopping international crimes it is about the restoration of peace, something closer to the original design of the Council (except that it is an internal conflict, which was not in the original design). What sort of peace though?

On the question of targetting Gaddafi, there appears to be a division of opinion among senior politicians and the senior General in the UK. The British Prime Minister David Cameron and the UK’s Chief of Defence Staff, General Sir David Richards have indicated that targeting Gaddifi personally was not allowed but the Defence Secretary and the Foreign Secretary have not ruled this out (see here). In my view, para. 4 of Res 1973 does not prohibit the targeting of Gaddafi and authorises it where this is deemed necessary to protect civilians and civilian populated areas. This view is also shared by other international lawyers interviewed for this Guardian article:

“The authorisation of ‘all necessary measures’ is broad and appears to allow the targeting of Gaddafi and others who act to put civilians ‘under threat of attack’, words that go beyond the need to establish a connection with actual attacks,” he wrote in the Guardian last Friday.

Malcolm Shaw, professor of international law at Leicester University, said: “Anything that supports Libyan jets – including the military command structure, airfields and anti-aircraft batteries – would be legitimate.”

But, he cautioned, not all Libyan government sites could be hit: “I wouldn’t think that blowing up the finance ministry in Tripoli would be authorised.”

. . .  Ryszard Piotrowicz, professor of international law at Aberystwyth University, agreed that the UN resolution appears to sanction attacks on Gaddafi. He told The Guardian: “The [attorney general’s] note fails to clarify the extent to which force might be used to protect civilians. Targeted attacks on senior Libyan officials might be justified if this is the only way to stop attacks on civilians. That would include an attack on Colonel Gaddafi himself. The government is acting prudently in not clarifying this now because to do so might limit its freedom of action later, or reveal just how far it is prepared to go.”

If it can be shown that targeting Gaddafi is the only way of stopping a particular attack or attacks then it is clear that the such an act is necessary. But should “necessary” when used in the context of “all necessary means” be interpreted as meaning “essential” or “the only means possible”? I think not. It has not been interpreted in this way in the past. Necessary here does not mean that each individual act of targetting must be absolutely essential to achieving the goal set out by the resolution. In the past, all necessary means has simply been viewed as short hand for authorisation of the use of force. That expression has not been viewed as what imposes limitations on the scope of force but that limitation has instead been taken as flowing from the objective that the use of force is designed to achieve. So in Res. 678 dealing with Iraqi invasion of Kuwait, the limitation on the force was that the force was to remove Iraq from Kuwait and to restore international peace and security in the area.  In Res. 1973, the limitation is that the use of force must be directed at protecting civilians and civilian populated areas under threat of attack.

There is a danger that the expression “all necessary means” will be interpreted in a sense as part of the jus in bello, i.e as part of the law that regulates individual targeting and the conduct of hostilities. Such an interpretation would suggest that each individual act of targeting needs to be justified as an act that is essential for achieving the broader objective. This has not been the previous practice, would be very limiting and would go beyond what international humanitarian law currently provides (unless one accepts the ICRC view in principle IX of its interpretive guidance on direct participation in hostilities see further discussion here). The limitations on force authorised by the UN Security Council should be thought of, instead, in terms similar to the jus ad bellum and in terms similar to what we have in the law of self defence. First of all, these limitations are directed, in general terms by reference to the overall levels of force used and not, usually, in connection with individual acts of targeting. Secondly, the key questions in this area are whether it is necessary to use force and whether the force used is proportionate in connection with achieving the objective specified by the resolution. With Security Council authorizations, whether force is necessary is essentially answered by the Security Council authorization. So here the question really is whether the force used is proportionate to achieving the goals set out by the resolution, i.e protecting civilians and civilian populated areas. But this is not IHL (jus in bello) proportionalitybut the sort of proportionality we think of when applying the law of self defence in the jus ad bellum: does the overall amount or direction of the force used go beyond what would be needed to achieve the goal? The difficulty here is that judging this is very difficult for those who do not have the military expertise or requisite information. One is bound to accord some discretion unless it can be shown that there was a lesser means available which was not taken. 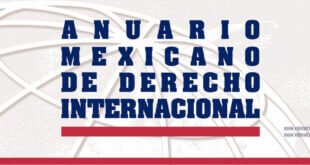