Chad-Libya, Framework Agreement on the Peaceful Settlement of the Territorial Dispute

The Republic of Chad and the great Socialist People’s Libyan Arab Jamahiriya,

On the basis, on the one hand, of the resolutions of the Organization of African Unity (OUA), in particular resolution AHG/Res.6 (XXV) on the Chad/Libya territo­rial dispute and, on the other hand, of the fundamental principles of the United Nations, namely:

The peaceful settlement of international disputes;

The sovereign equality of all States;

Non-use of force or threat of force in relations between States;

Respect for the national sovereignty and territorial integrity of each State;

Hereby decide to conclude this Agreement:

Article 1. The two Parties undertake to settle first their territorial dispute by all political means, including conciliation, within a period of approximately one year, unless the Heads of State otherwise decide.

Article 2. In the absence of a political settlement of their territorial dispute, the two Parties undertake:

(a)  To submit the dispute to the International Court of Justice;

(b)  To take measures concomitant with the legal settlement by withdrawing the forces of the two countries from the positions which they currently occupy on 25 August 1989 in the disputed region, under the supervision of a commission of African observers, and to refrain from establishing any new presence in any form in the said region;

(c)  To proceed to the said withdrawal to distances to be agreed on;

(d)  To observe the said concomitant measures until the International Court of Justice hands down a final judgement on the territorial dispute.

Article 3. All prisoners of war shall be released.

Article 4. The Republic of Chad and the great Socialist People’s Libyan Arab Jamahiriya reiterate their decisions concerning the cease-fire established between them and undertake further to desist from any kind of hostility and, in particular, to:

(a) Desist from any hostile media campaign;

(b)  Abstain from interfering directly or indirectly, in any way, on any pretext and in any circumstance, in the internal and external affairs of their respective countries;

(c)  Refrain from giving any political, material, financial or military support to the hostile forces of either of the two countries;

(,d) Proceed to the signature of a treaty of friendship, good-neighbourliness and economic and financial co-operation between the two countries.

Article 5. The two Parties decide to establish a Mixed Commission to be entrusted with the task of making the necessary arrangements for the implementa­tion of this Agreement and ensuring that all necessary measures are taken to this end.

Article 6. The Ad Hoc Committee of the Organization of African Unity on the Chad/Libya dispute shall be requested to monitor the implementation of the provi­sions of this Agreement.

Article 7. The Republic of Chad and the great Socialist People’s Libyan Arab Jamahiriya undertake to give notice of this Agreement to the United Nations and the Organization of African Unity.

Article 8. This Agreement shall enter into force on the date of its signature.

This Framework Agreement was signed in the presence of His Excellency Mr. Boualem Bessaih, Minister for Foreign Affairs of the People’s Democratic Republic of Algeria. 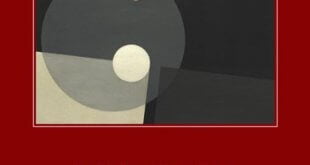