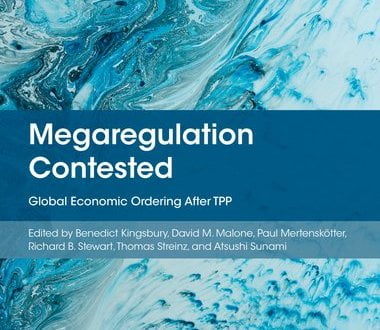 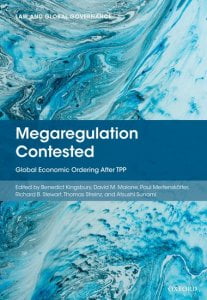 The Japan-led Trans-Pacific Partnership (CPTPPA) of 2018 is the most far-reaching ‘megaregional’ economic agreement in force, with several major countries beyond its eleven negotiating countries also interested. Still bearing the stamp of the original US involvement before the Trump-era reversal, TPP is the first instance of ‘megaregulation’: a demanding combination of inter-state economic ordering and national regulatory governance on a highly ambitious substantive and trans-regional scale. Its text and ambition have influenced other negotiations ranging from the Japan-EU Agreement (JEEPA) and the US-Mexico-Canada Agreement (USMCA) to the projected Pan-Asian Regional Comprehensive Economic Partnership (RCEP).

This book provides an extensive analysis of TPP as a megaregulatory project for channelling and managing new pressures of globalization, and of core critical arguments made against economic megaregulation from standpoints of development, inequality, labour rights, environmental interests, corporate capture, and elite governance. Specialized chapters cover supply chains, digital economy, trade facilitation, intellectual property, currency levels, competition and state-owned enterprises, government procurement, investment, prescriptions for national regulation, and the TPP institutions. Country studies include detailed analyses of TPP-related politics and approaches in Japan, Mexico, Brazil, China, India, Indonesia, and Thailand. Contributors include leading practitioners and scholars in law, economics, and political science. At a time when the WTO and other global-scale institutions are struggling with economic nationalism and geopolitics, and bilateral and regional agreements are pressed by public disagreement and incompatibility with digital and capital and value chain flows, the megaregional ambition of TPP is increasingly important as a precedent requiring the close scrutiny this book presents.

Benedict Kingsbury is Vice Dean and Murry and Ida Becker Professor of Law at New York University School of Law. He also serves as Director of the Institute for International Law and Justice and Faculty Director of the Guarini Institute for Global Legal Studies. His major current projects focus on large scale global ordering such as TPP and the Belt & Road Initiative; physical, digital, and informational infrastructure; and global data/tech law. He is one of the editors (with Andrew Hurrell of Oxford University, and Richard B. Stewart) of the Law and Global Governance series. His research projects on global governance issues have been supported by the National Science Foundation, Carnegie Corporation of New York, the Bill & Melinda Gates Foundation, and the Rockefeller Foundation.

David M. Malone is UN Under-Secretary General and Rector of the United Nations University. Malone previously served as President of Canada’s International Development Research Centre; Canada’s Representative to the UN Economic and Social Council and as Ambassador and Deputy Permanent Representative of Canada to the United Nations; as Director General of the Policy, International Organizations and Global Issues Bureaus within Canada’s Department of Foreign Affairs and International Trade; as President of the International Peace Academy (now International Peace Institute); as DFAIT Assistant Deputy Minister for Global Issues; and as Canada’s High Commissioner to India, and non-resident Ambassador to Bhutan and Nepal (2006-2008).

Richard B. Stewart is University Professor and John Edward Sexton Professor of Law at New York University School of Law. Prior to joining the NYU School of Law faculty, he served as a Byrne Professor of Administrative Law at Harvard Law School and a member of the faculty of the Kennedy School of Government at Harvard; Assistant Attorney General in charge of the Environment and Natural Resource Division of the U.S. Department of Justice; and Chairman of the Environmental Defense Fund.

Thomas Streinz is Adjunct Professor of Law at NYU Law and a Fellow at the Institute for International Law and Justice. Prior to moving to New York, he studied law at the University of Bayreuth and Ludwig Maximilians University of Munich. He holds the EUI’s Diploma in European law and an LLM from NYU Law. 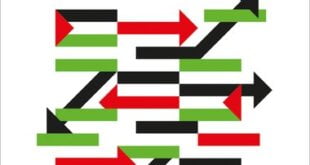