What to do with Captured Pirates

What to do with Captured Pirates

As the international community ramps up its fight against rampant piracy off the coast of Somalia, the patrolling naval forces have started to capture pirates. As recently as January 2, 2009, France captured pirates in the Gulf of Aden. Because this is not the Age of Sail and international law does not allow summary executions, […] 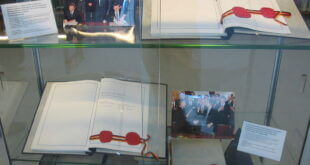