The International Court of Justice (ICJ) has announed in recent weeks that Judges Shi Juiyong and Thomas Buergenthal will be retiring from the Court (see here and here). Judge Shi is a Chinese national and Judge Buergenthal is from the US. The elections for their replacements will take place later on in the summer. However, because there is a tradition that there is always a national of each of the permanent members of the UN Security Council on the ICJ, it is a foregone conclusion that the persons nominated by the US and the Chinese will be elected. Apparently, and significantly, both of these countries will be nominating women to replace the retiring judges. The US will be nominating (see here) Joan Donoghue (left) who is currently Principal Deputy Legal Adviser at the US State Department (for her profile and list of publications see here and here). 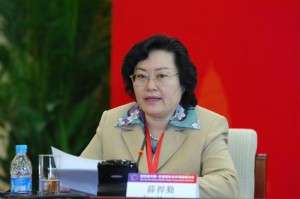 It has been reported that China will nominate Xue Hanqin (right) who is Legal Adviser to the Chinese Foreign Ministry and is a member of the International Law Commission (for her CV see here at p.210).

It ought not to be a matter for report that both nominees are female. However, in the context of the ICJ this is significant and, of course, is a very welcome development. It is quite embarrasing that the ICJ has only ever had one female permanent judge! This was Dame Rosalyn Higgins who was on the Court from 1995 to 2009,  and was President of the Court from 2006 to 2009. To my knowledge there have only been two female ad hoc judges: (i)  Suzanne Bastid (a french national) nominated in the 1980s by Tunisia in the Application for Revision and Interpretation of the Judgment in the  Tunisia/Libya Continental Shelf Case ; and (ii) Christine van den Wyngaert( a Belgian national) nomited by Belgium in 2000 in the Arrest Warrant (Democratic Republic of the Congo v. Belgium) case. Article 9 of the ICJ Statute seeks to ensure diversity on the bench when it provides that

At every election, the electors shall bear in mind not only that the persons to be elected should individually possess the qualifications required, but also that in the body as a whole the representation of the main forms of civilization and of the principal legal systems of the world should be assured.

There is a formula for ensuring geographical diversity and usually there is also good mix of former academics, government officials/diplomats, former judges. But there has never been gender diversity.

The politics of nominations and elections of judges to the ICJ and other international tribunals is often covered in some mystery and can be very unsatisfactory.  In the context of the current nominations, Roger Alford, over at Opinio Juris, has put up a couple of posts raising some questions regarding the nomination of Joan Donoghue (see here and here).  Oxford University Press has just published a book dealing precisely with these issues. The book Selecting International Judges Principle, Process, and Politics is written by Ruth Mackenzie, Kate Malleson, Penny Martin, and Philippe Sands. According to the OUP website:

The research was based on interviews, case studies and survey data in a range of different states. It concludes that although the nature and quality of nomination and election processes vary widely, a common theme indicates the powerful influence of domestic and international political considerations, and the significant role of a small group of diplomats, civil servants, lawyers, and academics, often without transparency or accountability. The processes allow overt political considerations to be introduced throughout the decision-making process in ways that may detract from the selection of the most highly qualified candidates and, ultimately, undermine independence. This is particularly evident in the election campaigning that has become a defining feature of the selection process, accompanied by widespread vote trading and reciprocal agreements between states. The effect of these practices is often to undermine the role of statutory selection criteria and to favour candidates from more politically powerful states. The book reviews new judicial selection models adopted or proposed in other international and regional courts, and considers a number of proposals for change to promote more independent, transparent, and merit-based nomination and election procedures.

Given the timeliness of the book with regard to the ICJ elections we will have a future post discussing the conclusions reached in the book.