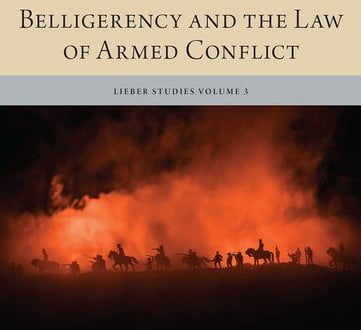 Recognition of Belligerency and the Law of Armed Conflict 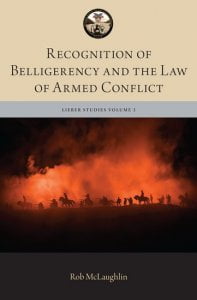 Recognition of Belligerency and the Law of Armed Conflict

Prior to the progressive development of the law of armed conflict heralded by the 1949 Geneva Conventions — most particularly in relation to the concepts of international and non-international armed conflict-the customary doctrine on recognition of belligerency functioned for almost 200 years as the definitive legal scheme for differentiating internal conflict from “civil wars”, in which the law of war as applicable between states applied de jure. Employing a legal historical approach, this book describes the thematic and practical fundamentals of the doctrine, and analyzes some of the more significant challenges to its application. In doing so, it assesses whether, how, and why the doctrine on recognition of belligerency was considered “fit for purpose,” and seeks to inform debate as to its continuity and utility within the modern scheme of the law of armed conflict.

Robert McLaughlin is Professor of Military Security Law and Director of the Australian Centre for the Study of Armed Conflict and Society at the University of New South Wales, Canberra.