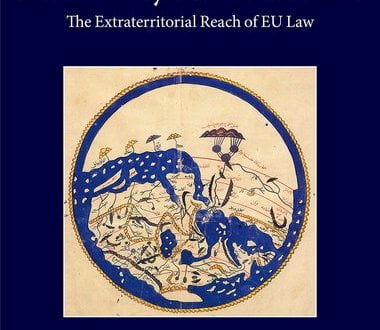 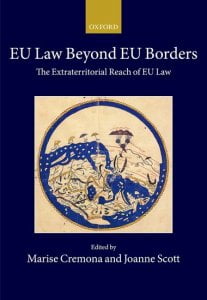 The Extraterritorial Reach of EU Law

This book addresses the impact of EU law beyond its own borders, the use of law as a powerful instrument of EU external action, and some of the normative challenges this poses. The phenomenon of EU law operating beyond its borders, which may be termed its ‘global reach’, includes the extraterritorial application of EU law, territorial extension, and the so-called ‘Brussels Effect’ resulting from unilateral legislative and regulatory action, but also includes the impact of the EU’s bilateral relationships, and its engagement with multilateral fora and the negotiation of international legal instruments.

The book maps this phenomenon across a range of policy fields, including the environment, the internet and data protection, banking and financial markets, competition policy, and migration. It argues that in looking beyond the undoubtedly important instrumental function of law we can start to identify the ways in which law shapes the EU’s external identity and its relations with other legal regimes, both enabling and constraining the EU’s external action.