Was the Killing of Osama bin Laden Lawful?

Was the Killing of Osama bin Laden Lawful?

Yes. I wouldn’t say beyond any doubt, but for practical purposes very nearly so. As I’ve argued before, there are three bodies of law (potentially) relevant for assessing the legality of a targeted killing: the jus ad bellum, IHL, and human rights law.

As for the jus ad bellum, it is unclear at this time whether the Pakistani government – parts of whose security apparatus undoubtedly harboured and protected OBL – consented to the use of force by the US on Pakistani soil. The Pakistani government has not yet publicly expressed its views on the matter; all things considered, however, it seems such consent was given. If it was not, then the US would have to argue self-defense in killing OBL, which is of course a complex question. At any rate, it is for Pakistan to raise a jus ad bellum issue, and it does not seem at all politically likely that they will now say, oh yes, we’ve been hiding OBL for years now, but the US had no right to violate our sovereignty.

As for IHL, the jus in bello, it either does not apply at all  as the killing was not done as a part of any legally cognizable armed conflict (probably the better view), or OBL was a lawful target as a leader of an organized armed group taking part in a non-international armed conflict a la Hamdan.

As for IHRL, as readers are aware the US argues that the ICCPR does not apply extraterritorially, e.g. to a targeted killing in Pakistan. That position is in my view incorrect. No matter how despicable, OBL was a human being with human rights, and he was protected by the ICCPR – but his human rights were still not violated. IHRL does allow states to deliberately kill individuals if they have a sufficient justification. OBL was undoubtedly a highly dangerous individual, whose apprehension was needed to protect the lives of others. The US military operation at least contemplated the capture of OBL; the troops on the ground shot him in a firefight. There are no indications that he had tried to surrender before being shot. Under the same facts, his killing would have been equally as lawful had he been hiding somewhere in Alaska rather than in Abbottabad. 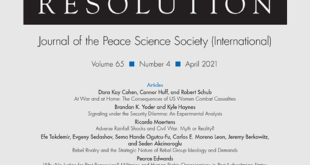