Editor’s Note:  The authors have recently launched a blog focussing primarily on issues of international criminal justice from an African perspective. See http://warandlaw.blogspot.com

According to media reports , the Kenyan government is redoubling its misguided efforts to persuade the UN Security Council to suspend the ICC Prosecutor’s investigation into the 2008 post-electoral violence. As we have noted before, the request is fundamentally flawed. Not only does it misinterpret both the Rome Statute and the UN Charter through its expanded construction of the Security Council’s Chapter VII authority, more fundamentally, it conflates the principle of complementarity and the realpolitik exception in article 16 that allows international peace and security to temporarily suspend the pursuit of justice. Not only does this weaken the former in principle, more practically it means that any respite Kenya receives from the Security Council (a highly unlikely prospect) will be temporary – article 16 requires the annual renewal of any deferral – whereas the proper exercise of complementarity would offer a permanent solution to Kenya’s concerns (on the assumption that it is truly willing and able to prosecute the offenders domestically).

Therefore, should Kenya genuinely wish to go it alone its only real option is to find another avenue under the Rome Statute to halt ongoing proceedings at the ICC on the basis of the proper exercise of complementarity. We have suggested article 53(4) is one such avenue. Kenya would be well-advised to pursue this option as, regardless of the legal merits thereof, its deferral request appears certain to fail politically as both the United States and the United Kingdom have publicly stated that they will veto such a request.

If Kenya continues along this ill-advised path two things appear certain: First, the relationship between the ICC and African states will continue to deteriorate with the few lone voices of reason within the AU becoming increasingly isolated. Second, and by relation, the African States Parties’ proposed amendment to article 16 – that would give the UN General Assembly the authority to defer an investigation should the Security Council ‘fail to act’ on such a request – will gain momentum. The amendment proposal, which was effectively disowned by African States Parties when South Africa officially proposed it at the ASP in November 2009 and has since been consigned to the new Special Working Group on Amendments within the ICC’s Assembly of States Parties, was once again endorsed at the recent AU Heads of State Summit in late January. In this regard the AU Assembly:

“[Underscored] the need for African States Parties to the Rome Statute of the ICC to speak with one voice during the forthcoming negotiations at the level of the New York and The Hague Working Groups respectively and [requested] the Group of African States Parties in New York to ensure that the proposal for amendment to Article 16 of the Rome Statute is properly addressed during the forthcoming negotiations and to report to the Assembly through the Commission.”

As we have noted in our article in the South African Yearbook of International Law (2009) vol 34, Africa’s proposed article 16 amendment must overcome a number of legal hurdles if it is to be adopted. These are in addition to the mammoth task of securing the political support for an amendment that not only tinkers with one of the most finely balanced compromises reached at Rome in 1998 but (in its current form) also implicates the relationship between the General Assembly and the Security Council insofar as the maintenance of international peace and security is concerned. That said, these legal hurdles are not insurmountable. And, if faced with mass exodus of African states and the resultant collapse of most if not all of its current proceedings, the ICC Assembly of States Parties might be forced to make some uncomfortable political compromises that include some form of residual deferral power for the General Assembly, or perhaps even itself. 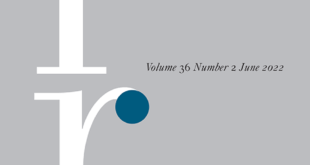