Can the ICC Prosecute for Use of Chemical Weapons in Syria?

Can the ICC Prosecute for Use of Chemical Weapons in Syria?

Recent reports regarding the possible use of chemical weapons in Syria are very disturbing indeed. If it turns out that there is concrete evidence that chemical weapons have been used, many will hope this will (finally) provoke action by the Security Council. There will inevitably be calls for accountability of those responsible and hopes that the Syrian situation will be referred to the International Criminal Court (ICC). But even if the Syrian situation is referred to the ICC, can the Court prosecute for use of chemical weapons in Syria.

Does the ICC Statute Specifically Prohibit the Use of Chemical Weapons?

Despite attempts to include a provision that would have specifically and expressly criminalised the use of chemical weapons, the ICC Statute adopted in Rome 1998 did not mention chemical weapons by name (see Bill Schabas’ post here). However, Article 8(2)(b) of the Statute dealing with war crimes includes 3 provisions that might be interpreted as applying to chemical weapons. Art. 8(2)(b)xvii makes it a war crime to employ “poison or poisoned weapons”. Para. xvii refers to “employing asphyxiating, poisonous or other gases, and all analogous liquids, materials or devices. Para. xx makes it a war crime to employ “weapons, projectiles and material and methods of warfare which are of a nature to cause superfluous injury or unnecessary suffering or which are inherently indiscriminate in violation of the international law of armed conflict. . . .” However, that last provision only prohibits those weapons if they are subject to a comprehensive prohibition and included in an annex to the Statute. Unfortunately, no annex to this provision has been agreed so no one can (yet) be prosecuted under para xx.

An argument has been made that the provisions of the ICC Statute listed above do not cover chemical and biological weapons(see discussion of this argument in the article by my friends’ Amal Alamuddin and Philippa Webb 2010 JICJ at, pp. 1227-8]. This argument is based on the drafting history of Art 8 where it was first proposed to include an explicit prohibition of chemical and biological weapons. However, those provisions were removed from the final draft at the same time as a broad provision prohibiting weapons causing unnecessary suffering was narrowed to extend to only those weapons specifically listed in an annex (which was never agreed). That latter provision was thought too broad as it could have extended to nuclear weapons. As Bill Schabas noted on his blog back in April:

“The removal of an explicit reference to bacteriological and chemical weapons coincided with a removal of the broad general provision capable of covering nuclear weapons. This was a compromise designed to appease some non-nuclear states, who felt that excluding nuclear weapons alone smacked of hypocrisy. After all, chemical weapons were the ‘poor man’s’ weapon of mass destruction.”

The argument that chemical weapons are not covered by Art. 8 is thus based on the removal of the explicit prohibition and the fact that it was thought that it would be the annex to the Statute that would set out those weapons like chemical weapons that are deemed are indiscriminate and cause unnecessary suffering.

However, it is erroneous to interpret a treaty primarily by reference to drafting history. Under Art. 32 of the Vienna Convention on the Law of Treaties, the drafting history is only to be used as a supplementary or secondary tool of interpretation to resolve ambiguity. As Art. 31 of the VCLT indicates and ICJ has stated, the interpreter must start with the text of the treaty. Thus one must start by looking to see what the words of the treaty as agreed actually means.  It seems to me that the words “poison or poisoned weapons” and more clearly “asphyxiating, poisonous or other gases” would cover a variety of chemical weapons. The latter wording is taken from the Geneva Gas Protocol which was intended to cover chemical weapons. Although the Chemical Weapons Convention of 1993 does not use this wording (referring instead to “Toxic chemicals”), this does not mean that the wording of the ICC Statute does not extend to chemical weapons. Although weapons not in the form of a gas are not covered by para xvii, it is also arguable that.The words ’poisonous’ and ‘toxic” are largely synonymous. The Oxford English Dictionary defines “toxic” as: “of the nature of a poison; poisonous”. Moreover many chemical weapons cause death or injury by asphyxiation. Indeed, it would be difficult to give any meaning to para. xvii if it did not cover chemical weapons. [UPDATE: The last four sentences of this paragraph were amended/added after the post was originally written. The words deleted are clearly incorrect since para. xvii refers also to “analogous liquids, materials or devices”, see previous para]

Happily, the restriction in the ICC Statute of the provisions dealing with banned weaponry to international armed conflicts was corrected in the Kampala Review Conference in 2010. At that conference, parties to the ICC Statute adopted an amendment to Article 8(2)(e) which extends the list of war crimes in non-international armed conflicts to include “employing poison or poisoned weapons” and “employing asphyxiating, poisonous or other gases, and all analogous liquids, materials or devices” [Art. 8(2)(e)(xiii) & (xiv)]. Under Article 121(5) this amendment will come into force for each State party that ratifies it. Only 8 States have ratified this amendment thus far. The second sentence of Art. 121(5) provides that: “In respect of a State Party which has not accepted the amendment, the Court shall not exercise its jurisdiction regarding a crime covered by the amendment when committed by that State Party’s nationals or on its territory.”

Can the Security Council Refer Crimes in the Kampala Amendment?

The question that arises is whether a Security Council referral would be a referral that grants jurisdiction to the ICC on the basis of the ICC Statute adopted in Rome in 1998 or the amended ICC Statute.

Although the amendments to Art. 8 are only in force for a few State parties, the purpose of Security Council referrals to the ICC is to expand the jurisdiction of the ICC to cover acts by nationals of non-parties or on the territory of non-parties. On this view, the fact that Syria or any other State is not a party to the Art. 8 amendment ought not to stand in the way of ICC exercise of jurisdiction with respect to the amendment. As soon as the amendment was adopted, it became part of the ICC Statute. The amendment is not binding on States that have not ratified it but this is the same as the ICC Statute was not binding on Libya or Sudan (or persons connected with them) until the SC referred the situation in those countries to the ICC.

However, there is one difficulty with this assumption that the Security Council referrals cover crimes added by amendments. That difficult arises from the second sentence of Art. 121(5) quoted earlier. That provision, which is directed at the Court, says that the Court “shall not exercise jurisdiction regarding a crime covered by [an] amendment”  when committed by the national of, or on the territory, of a State party that has ratified the amendment. The correct interpretation of this provision has been the source of much controversy (especially as to whether it amends the jurisdictional provisions in Art. 12). However,  what is relevant for our purpose is that in adopting the Art. 8  amendment, ICC Review Conference “confirm[ed] its understanding that in respect to this amendment the same principle that applies in respect of a State Party which has not accepted the amendment applies also in respect of States that are not parties to the Statute”. Thus on this view, the Court shall not exercise jurisdiction over crimes covered by the amendment when committed by a national of a non-State party or on its territory. The purpose of this understanding was to provide equality between non ICC parties and those States parties that do not ratify an amendment.

If the Statute says the Court shall not exercise its jurisdiction (and does not provide any exception in Art. 121(5)) with respect to States that have not ratified an amendment, it could be argued that any Security Council referral must also exclude crimes covered by the amendment. As stated above this would seem inconsistent with the assumption of the parties with regard to aggression. It could be argued that Art. 121(5) only applies in cases where the trigger mechanism for ICC jurisdiction is a state referral or the prosecutor investigating propio motu. However, Art. 121(5) does not say this. However, one could imply this restriction from the fact that Art 121(5) seeks to provide a jurisdiction based on State consent, whereas SC referrals are not based on State consent.

In conclusion, were the Security Council to refer the situation in Syria to the ICC, the Court would have jurisdiction to prosecute specifically for use of chemical weapons.

Anterior Cuatro petroleras británicas no podrán invertir en Argentina hasta 2033
Siguiente Can the ICC Prosecute for Use of Chemical Weapons in Syria? 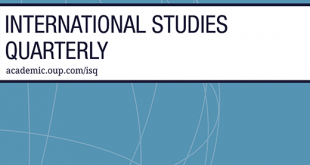