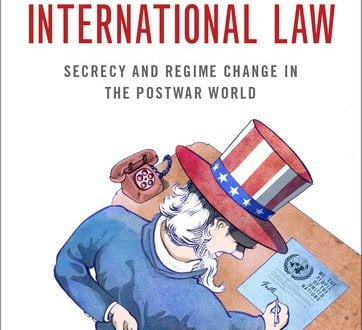 In the Shadow of International Law 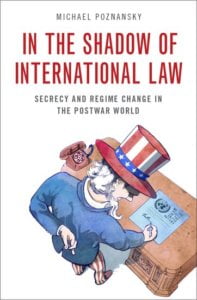 In the Shadow of International Law

Secrecy and Regime Change in the Postwar World

Secrecy is a staple of world politics and a pervasive feature of political life. Leaders keep secrets as they conduct sensitive diplomatic missions, convince reluctant publics to throw their support behind costly wars, and collect sensitive intelligence about sworn enemies.

In the Shadow of International Law explores one of the most controversial forms of secret statecraft: the use of covert action to change or overthrow foreign regimes. Drawing from a broad range of cases of US-backed regime change during the Cold War, Michael Poznansky develops a legal theory of covert action to explain why leaders sometimes turn to covert action when conducting regime change, rather than using force to accomplish the same objective. He highlights the surprising role international law plays in these decisions and finds that once the nonintervention principle-which proscribes unwanted violations of another state’s sovereignty-was codified in international law in the mid-twentieth century, states became more reluctant to pursue overt regime change without proper cause. Further, absent a legal exemption to nonintervention such as a credible self-defense claim or authorization from an international body, states were more likely to pursue regime change covertly and concealing brazen violations of international law.

Shining a light on the secret underpinnings of the liberal international order, the conduct of foreign-imposed regime change, and the impact of international law on state behavior, Poznansky speaks to the potential consequences of America abandoning its role as the steward of the postwar order, as well as the promise and peril of promoting new rules and norms in cyberspace.

PART I: Background and Theory
Chapter 2. The Evolution of Nonintervention
Chapter 3. The Politics of Secret Interventions

Michael Poznansky is Assistant Professor of International Affairs and Intelligence Studies in the Graduate School of Public and International Affairs at the University of Pittsburgh with a secondary appointment in the Department of Political Science. He is also a Non-Resident Fellow with the Modern War Institute at the United States Military Academy at West Point during the 2019-2020 academic year. Before arriving at the University of Pittsburgh, Dr. Poznansky was a predoctoral research fellow with the Belfer Center for Science and International Affairs at the Harvard Kennedy School. He received his Ph.D. in Foreign Affairs from the University of Virginia. Dr. Poznansky has published in a wide range of scholarly journals, including American Journal of Political Science, European Journal of International Relations, International Studies Quarterly, Journal of Global Security Studies, and Journal of Peace Research. He has also published in a variety of policy-oriented outlets, including the Council on Foreign Relations’ Net Politics Blog, Political Violence at a Glance, War on the Rocks, and The Washington Post.