The United States of America and the Union of Soviet Socialist Republics, hereinafter referred to as the Parties,

Convinced that the Treaty on the Limitation of Anti-Ballistic Missile Systems and this Interim Agreement on Certain Measures with Respect to the Limitation of Strategic Offensive Arms will contribute to the creation of more favorable conditions for active negotiations on limiting strategic arms as well as to the relaxation of international tension and the strengthening of trus between States,

Taking into account the relationship between strategic offensive and defensive arms,

Mindful of their obligations under Article VI of the Treaty on the Non-Proliferation of Nuclear Weapons,

1. For the purpose of providing assurance of compliance with the provisions of this Interim Agreement, each Party shall use national technical means of verification at its disposal in a manner consistent with generally recognized principles of international law.

2. Each Party undertakes not to interfere with the national technical means of verification of the other Party operating in accordance with paragraph 1 of this Article.

3. Each Party undertakes not to use deliberate concealment measures which impede verification by national technical means of compliance with the provisions of this Interim Agreement. This obligation shall not require changes in current construction, assembly, conversion, or overhaul practices.

To promote the objectives and implementation of the provisions of this Interim Agreement, the Parties shall use the Standing Consultative Commission established under Article XIII of theTreaty on the Limitation of Anti-Ballistic Missile Systems in accordance with the provisions of that Article.

1. This Interim Agreement shall enter into force upon exchange of written notices of acceptance by each Party, which exchange shall take place simultaneously with the exchange of instruments of ratification of the Treaty on the Limitation of Anti-Ballistic Missile Systems.

2. This Interim Agreement shall remain in force for a period of five years unless replaced earlier by an agreement on more complete measures limiting strategic offensive arms. It is the objective of the Parties to conduct active follow-on negotiations with the aim of concluding such an agreement as soon as possible.

DONE at Moscow on May 26, 1972, in two copies, each in the English and Russian languages, both texts being equally authentic.

FOR THE UNION OF SOVIET SOCIALIST REPUBLICS:
L.I. BREZHNEV
General Secretary of the
Central Committee of the CPSU

Anterior Additional protocol to the EU-Turkey Association Agreement (the “Ankara Agreement”), 1970
Siguiente Agreement on Ending the War and Restoring Peace in Vietnam, signed in Paris and entered into force January 27, 1973 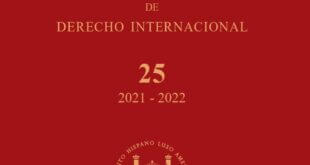