Here is the Table of Contents for this new issue:

Black Lies, White Lies and Some Uncomfortable Truths in and of the International Trading System; Authors of EJIL – Customer Care; In this Issue

Leora Bilsky and Rachel Klagsbrun, The Return of Cultural Genocide?

Stephen Neff, Disrupting a Delicate Balance: The Allied Blockade Policy and the Law of Maritime Neutrality during the Great War

Andrew Norris, Uninvited and Unwelcome: The S.S. Appam and the U.S. Law of Neutrality

Gus Van Harten, Leaders in the Expansive and Restrictive Interpretation of Investment Treaties: A Descriptive Study of ISDS Awards to 2010

Focus: The Geography of Human Rights

Barbara Oomen and Moritz Baumgärtel, Frontier Cities: The Rise of Local Authorities as an Opportunity for International Human Rights Law

Ian Hurd, How to Do Things with International Law (Monica Hakimi)

This issue of EJIL opens with a selection of articles that share a focus on human rights. Itamar Mann analyses the infamous trope of ‘legal black holes’ and deploys it to examine the ignominious failure to end mass drownings of migrants and refugees. In his view, the apparent rightlessness of maritime migrants is fundamentally different from other forms of rightlessness since it is not brought about by a violation of international law but is rather created by and deeply entrenched in it.

Following, Leora Bilsky and Rachel Klagsbrun focus on another form of egregious rightlessness: genocide. While the original conception of this crime was essentially cultural, the Genocide Convention does not reflect this. The authors examine the factors that led to the exclusion of cultural genocide from the Convention and outline its countermeasure – cultural restitution.

David Kosař and Jan Petrov shift the perspective from open wounds and scars of international law to issues of compliance. Using the Czech Republic as an object of analysis, they present valuable insights on factors determining compliance and non-compliance with international human rights rulings as well as variable levels of their implementation.

Devika Hovell concludes this section by focusing on the fundamental question of universal jurisdiction. She strips away the often obfuscating technical aspects of jurisdiction to reach the very essence of this concept by examining both its sources as well as its legal-political dimensions.

The next section features the second instalment of our four-part symposium on International Law and the First World War. The articles in this issue explore ideas surrounding belligerency and neutrality. Stephen Neff focuses on economic warfare, elucidating the most salient features of the blockade policies of the Allied powers and analysing their implications for maritime neutrality. Andrew Norris offers a complementary view on neutrality with the peculiar case of the British Steamer Appam, which was captured by the German belligerent and conveyed to the USA, at that time neutral. He traces the diplomatic encounters and legal sparring that resulted from this incident and outlines the development of the law of maritime neutrality and prizes.

Roaming Charges in this issue brings alive one of the most important moments of European Union legal history.

In our Focus on Investment Arbitration Gus van Harten provides an empirical analysis of interpretive discretion in investor–state dispute settlement (ISDS), unveiling which arbitrators were most responsible for expanding or constraining the compensatory promise of investor-state dispute settlement for foreign investors over its first one and a half decades. Malcolm Langford and Daniel Behn scrutinize whether investment treaty arbitrators have responded to the prevalent ‘legitimacy crisis’ of international investment agreements. Drawing upon a newly created investment treaty database they analyse the extent and causes of a shift in treaty-based arbitration outcomes, finding that arbitrators are conditionally reflexive and that some states are more equal than others.

For the Last Page Ela Kotkowska explores ideas of place and belong in ‘A Migrant Song’. 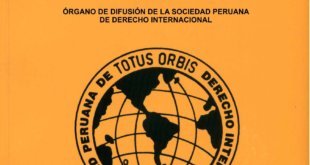 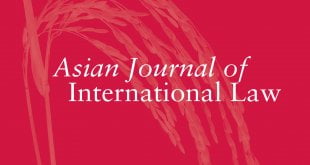