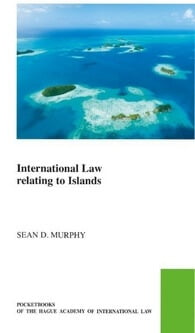 This monograph considers the application of general rules of international law to islands, as well as special rules focused on islands, notably Article 121 of the UN Convention on the Law of the Sea. Such rules have been applied in several landmark cases in recent years, including the International Court of Justice’s judgments in Territorial and Maritime Dispute (Nicaragua v. Colombia), and arbitral awards in the Chagos Marine Protected Area Arbitration (Mauritius v. United Kingdom) and the South China Sea Arbitration (Philippines v. China). Among other things, this monograph explores: the legal concepts of “islands”, “rocks” and “low-tide elevations”; methods of securing sovereignty over and the maritime zones generated by islands; islands and historic titles, bays and rights; problems of delimitation in the presence of islands; legal issues arising from changes in islands over time (notably from climate change); and contemporary techniques for resolving disputes over islands.

The History and Theory of International Law