The Nuremberg Military Tribunals and the Origins of International Criminal Law

The Nuremberg Military Tribunals and the Origins of International Criminal Law

I am deeply grateful to both my co-bloggers at Opinio Juris and the editors of EJIL: Talk! – particularly my friends Marko Milanovic and Dapo Akande – for this remarkable opportunity to discuss my new book.  I look forward to hearing what the impressive, and frankly intimidating, group of commenters have to say about it.

I wrote this book for one simple reason: I wanted to read it.  I first became interested in the Nuremberg Military Tribunals (NMTs) in the context of aggression.  Roger Clark, who was at that time deeply involved in the ICC’s Special Working Group on the Crime of Aggression (SWG), asked me to prepare a report on the Nuremberg-era approach to the crime’s leadership requirement, which was then being debated by the SWG.  (The report eventually became this article in the European Journal of International Law.)  My research led me to the NMTs – and I was surprised, even shocked, to discover that apart from a couple of book chapters and articles, many written by the participants themselves, there was almost no serious legal scholarship about the trials.  It didn’t take long for me to decide that I would try to fill that rather gaping lacuna in international criminal law.

I’m often asked to summarize the thesis of my book.  That’s a difficult task.  It’s easier to describe what I hoped to accomplish by writing it, which involves a constellation of three interrelated goals.  First, I wanted to provide a comprehensive and synthetic analysis of the jurisprudence produced by the 12 trials – an analysis that scholars, attorneys, and judges who work in ICL will find useful in their work.  I hope that I have accomplished that goal: the book contains individual chapters on evidence, procedure, crimes against peace, war crimes, crimes against humanity, modes of participation (including a separate chapter on conspiracy, enterprise liability, and criminal membership), defenses, and sentencing.  Each chapter attempts to identify not only the points of agreement between the tribunals, but also – and perhaps more importantly – where the tribunals disagreed with each other, sometimes passionately.

My second goal was to provide a (relatively) complete historical account of the twelve trials.  I spent a number of months mired in archives, most usefully Telford Taylor’s papers at Columbia Law School.  That was a wonderful, if grueling, part of my research – and it only increased my respect for professional historians, whose ranks I sincerely doubt I’ll ever be skilled enough to join.  I managed to find literally hundreds of documents about the NMTs that had never been discussed in ICL scholarship and that concerned critical issues in the trials – records of defendants Telford Taylor decided not to prosecute and trials he abandoned; letters that indicate the Americans made a conscious decision to try to establish genocide as a crime against humanity in the later trials; conversations that make clear the drafters of Control Council Law No. 10 intended the NMTs to prosecute pre-war crimes against humanity that had no connection to the war (the so-called “nexus” requirement); and many more.  That research forms the heart of the historical chapters in the book, which trace the Allied decision to hold zonal trials instead of a second IMT, the evolution of the NMTs trial program, and the shameful collapse of the war-crimes program after the NMTs closed down.

My third and final goal was to situate the trials in their political context.  The history of the trials, it is fair to say, is the history of the then-nascent Cold War.  While the trials were being planned, Churchill gave his “Iron Curtain” speech, the United States conducted atomic tests Able and Baker, and the French landed in Indochina.  The trials themselves witnessed Truman’s announcement of his famous doctrine, Czechoslovakia’s fall to the Soviets, and the beginning of the Berlin Blockade. After the trials were over, the fate of the convicted defendants was determined alongside the emergence of the Soviet Union as the world’s second atomic power, the rise of McCarthyism, the beginning of the Korean War, and the formation of the Warsaw Pact.  Throughout the book, therefore, I try to identify and explain the myriad ways in which Cold War pressures affected – and often distorted – the jurisprudence the NMTs produced.

I dedicate my book, as all first-time authors should, to my parents.  Intellectually, though, the book is profoundly indebted to Telford Taylor, without whom the trials would not have achieved the success that I believe they did.  Taylor always intended to write a book about the NMTs, a sequel to his seminal work The Anatomy of the Nuremberg Trials.  Unfortunately, at the time of his death, Taylor had completed only three chapters.  I regret that he was never able to finish his book; I’m sure it would have been superb.  It is my profound hope that he would have been happy with mine. 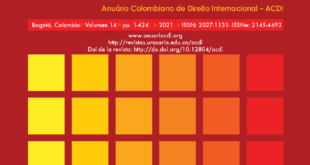 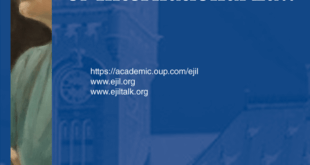