Matthew Happold is Professor of Public International Law at the University of Luxembourg and an associate tenant at 3 Hare Court, London .

In taking refuge in the Ecuadorian embassy in London, Julian Assange joins a long list of individuals who have sought asylum in foreign embassies.  Recent examples include Chongqing police chief Wang Lijun in the US consulate in Chengdu, and blind Chinese dissident Chen Guangcheng in the US embassy in Beijing.  However, although embassy premises are legally inviolable, general international law does not recognise a right of diplomatic asylum.  Even if Ecuador does grant Assange asylum, the UK will not be obliged to grant him safe passage out of the country.

In 1949, Victor Raúl Haya de la Torre, leader of the Peruvian APRA movement, sought refuge in the Colombian embassy in Lima.  The dispute between Colombia and Peru as to whether he could be granted diplomatic asylum went twice to the International Court of Justice in The Hague. In its judgment in the Asylum Case, the Court ruled that no general rule in international law existed permitting States to grant diplomatic asylum; a legal basis had to be established in each particular case.

Dissatisfied with the results of the litigation, American countries joined together to adopt a Convention on Diplomatic Asylum.  This Latin American tradition might, at least partly, explain the attitude taken by Ecuador.  No such treaty, however, exists elsewhere.  No general right of States to grant diplomatic asylum consequently exists, except, possibly, in cases where it is temporarily granted to preserve human life and in situations of civil and political unrest.  Despite the hyperbolic claims made by some of his supporters, such an exception would not appear to cover Julian Assange’s case.

International law is clear that diplomatic premises are inviolable, so Assange remains outside the reach of the UK authorities so long as he remains within the Ecuadorian embassy.  In the past, some such stays have lasted years.  Haya de La Torre remained in the Colombian embassy in Lima for five years; whilst Cardinal Mindszenty, who took refuge in the US embassy in Budapest following the suppression of the Hungarian uprising in 1956, was only permitted to leave the country in 1971.  Once he leaves the embassy, however, Assange can be arrested and detained by the UK authorities under UK law, regardless of how Ecuador may have determined his request for asylum.

In addition, it may be that Ecuador is legally obliged, if requested, to surrender Assange to the UK authorities.  According to the International Court of Justice in Haya de la Torre, although (contrary to Ecuador’s contentions) the granting of diplomatic asylum is an intervention in a State’s internal affairs, diplomats are not obliged to assist in the course of justice in their host State.  However, the 1961 Vienna Convention on Diplomatic Relations, to which both Ecuador and the UK are parties, requires that diplomats respect their host State’s laws and regulations.  The Convention also provides that diplomatic premises should not be used in any manner incompatible with the functions of the mission as laid down in the convention (which does not include harboring fugitives from justice) or general international law (which, as shown, does not recognize a general right to grant diplomatic asylum).

The current law would thus seem to argue that a person seeking diplomatic asylum should be surrendered if he is accused of a criminal offence and a warrant for his arrest has been issued by the competent authorities.  This would appear to be the case, at least potentially, with Assange.  Even excluding the outstanding Swedish request for his extradition, the police have stated that he is in breach of his bail conditions and thus liable to arrest.

It does not appear, however, that the UK authorities have made a formal request for his surrender to Ecuador.  How matters will develop remains to be seen.  It may be that the UK government will simply play a waiting game.  One thing seems certain, however: Julian Assange is unlikely to be visiting Ecuador any time in the near-future.

This piece is cross-posted from the Guardian’s Comment is Free site. 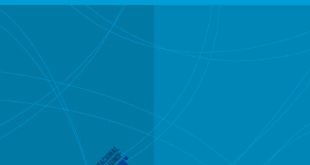