Recognition of States in International Law: For Sale

Recognition of States in International Law: For Sale 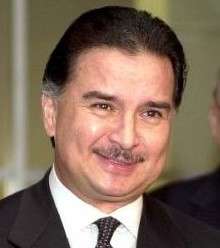 News reports indicate that former Guatemalan president Alfonso Portillo (pictured left) recently pleaded guilty in federal court in New York to accepting $2.5 million in bribes from Taiwanese officials in exchange for assurances of continued diplomatic recognition during his tenure in office (see here, here and here). To what extent is the recognition of a state undermined by charges of corruption? In the context of Taiwan, the recognition of a government, and not a state, was at issue. But as an analytical exercise it is interesting to think through the implications of corruption on the recognition of statehood in international law.

Statehood and recognition are distinct legal concepts, but in practice recognition can be dispositive of whether an entity is a state.  In light of the importance of recognition for the creation and existence of states, the possibility of corruption influencing the recognition process is disconcerting. In the case of Taiwan, “dollar diplomacy” is an established phenomenon, and allegations similar to those raised against Guatemalan president Portillo seem to be surfacing in El Salvador as well. Nor does it seem implausible that other instances of recognition, of and by other states, may have been similarly motivated.

To be clear, the issue discussed here is not recognition based on inducement or incentive to the recognising state, but recognition based on inducement or incentive to key officials in the recognising state. States routinely make binding political and legal decisions based on political and economic, tangible and intangible, inducements and incentives: defence deals, monetary aid, concession agreements and diplomatic manoeuvres just a few examples.

The first question deals with the effect of the act of recognition on the recognising state. I would argue that such recognition, even if motivated by the corruption of a particular official, retains its validity. To begin with, it is well established that “the conduct of an organ of a State or of a person or entity empowered to exercise elements of the governmental authority shall be considered an act of the State under international law if the organ, person or entity acts in that capacity, even if it exceeds its authority or contravenes instructions” (Art. 7, ILC’s draft articles on state responsibility). Further, analogies from other areas of international law support this conclusion. In the matter of ‘full powers’ for the conclusion of treaties, the actions of persons who appear to represent the state with the state’s consent bind the state (Art. 7, VCLT). Similarly, the concepts of immunity rationae personae and rationae materiae, in protecting senior government officials from prosecution by other states, assume that the senior officials of a state act in the name of the state and bind the state by their actions.

Therefore, the recognising state probably cannot seek to void its recognition because it was induced by individual corruption. To be clear, Guatemala is not restrained from separately revoking its recognition of Taiwan; it is, however, constrained from arguing that its original recognition was invalidated by the corruption of President Portillo. This is a narrow distinction in theory, but a broad distinction in practice. For instance, the difference between revocation and invalidation will have an effect on the scope of involvement of third states. If the validity of the original act of recognition is capable of being impugned, it may be possible for third states (for instance, China in this case) to challenge the recognition. But if the original act of recognition can only be revoked and not challenged, then it is only Guatemala that can revoke the recognition.

First, it could be argued that such a revocation amounts to denial of self-determination, but this argument is not persuasive. The right to self-determination does not include an unqualified right to independent statehood. Moreover, the impact of a singular instance of revocation of recognition on the self-determination of a recognised state would probably be difficult to determine, and would require an analysis of how many states have recognised the state, what the effect of a single revocation would be, whether that revocation would produce a knock-on effect, and so on. A second, more plausible, argument focuses on the violation of sovereign equality. Once an entity meets the criteria of statehood, and is recognised as such, the ability of individual states, or the international community, to revoke recognition and statehood would infringe the fundamental right of sovereign equality. International law does provide for such ability in limited circumstances, for instance through directives of the UNSC, but those circumstances are very limited, and restricted to situations involving threats to international peace and security.

Anterior Sense and Nonsense of Territorial Referendums in Ukraine, and Why the 16 March Referendum in Crimea Does Not Justify Crimea’s Alteration of Territorial Status under International Law
Siguiente CIDH presenta Informe Anual