The recent publication of Professors Crawford and Boyle’s opinion on the international law aspects of Scottish independence is an event not because it says anything new – most commentators (including the present writer) come to the same conclusions – but because it puts the imprimatur of two highly distinguished international lawyers on the matter. On Scottish independence, Scotland would emerge as a new State, with the rump UK (England, Wales and Northern Ireland) continuing the legal personality of the UK. As regards membership of the European Union, this would mean that the rump UK would retain the UK’s membership, whilst Scotland would have to be admitted as a new member.

Nonetheless, although the opinion adds weight to the arguments advanced, it might be thought unlikely to end the controversy, given the political sensitivities involved. Already, nationalist voices have dismissed it as simply the views of two among many commentators, whom of both, moreover, were paid by the British government to provide the advice.

This would be, however, to privilege form over substance. In practice, the two sides have converged in agreeing that negotiations would be required for Scotland to become a Member of the European Union. Only a few days previously, the Scottish Government’s published a paper ‘Scotland’s Future: from the Referendum to Independence and a Written Constitution’. This makes much mention of the dissolution of Czechoslovakia into the Czech Republic and Slovakia (a misleading analogy, as Crawford and Boyle show) but in relation to European Union membership simply states that:

‘In addition to discussions with the UK, negotiations will be required in advance of independence with the European Union to agree the terms of an independent Scotland’s continuing membership. The Scottish Government believes that Scotland should continue to be a member of the EU… The economic, social and political interests of the EU will be best served by Scotland remaining in continuous membership. The UK and Scottish Governments, along with the EU institutions and member states, will therefore have a shared interest in working together to conclude these negotiations to transfer Scotland’s EU membership from membership as part of the UK to membership as an independent member state.’

The references to negotiations seems close to admitting that what is at stake is not continuing membership but admission (given that requiring negotiations has as a corollary that agreement is required successfully to conclude them), whilst the arguments put forward for Scotland staying within the EU are political rather than legal (which is not to say they are any worse for that). As the Crawford and Boyle themselves state: ‘the non-legal considerations that might govern any negotiated outcome… might be more important in practice [than the legal rules].’

One point made in ‘Scotland’s Future’, however, is important: the timing of the negotiations. This – and the questions of what (if anything) Scotland would have to concede as conditions of membership – are the real issues at stake.

There are good reasons why an independent Scotland should be ‘fast tracked’ into the EU. Scotland has already adopted the EU acquis and Scots presently enjoy the benefits of EU citizenship. Negotiations concluded before independence would also have the benefit (for the other Member States) of allowing a recalibration of the rump UK’s voting weight in the Council of Ministers and number of MEPs to take account of shrinkage from the date of independence.

Nothing in Article 49 TEU would seem to prevent such a procedure – providing all the existing Member States were to agree. This, however, may be the rub, at least according to recent comments made by the Spanish Foreign Minister (discussed here). One might doubt whether the Spanish Government would ‘go to the wire’ on the issue if the other Member States are united.  However, this  – or any other – uncertainty might be damaging to the prospects for a ‘yes’ vote in the forthcoming referendum, which is why the Scots National Party is likely to continue to insist, at least in its public statements, that EU membership would be automatic. 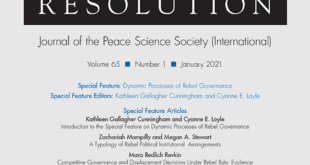 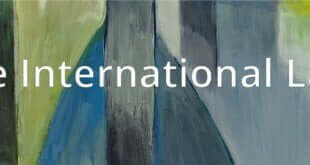 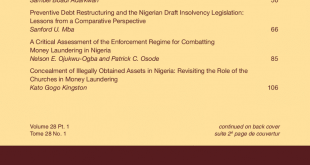