Vidan Hadzi-Vidanovic is a doctoral candidate at the University of Nottingham School of Law.

At a press conference held in Nairobi on 15 October 2011, the Kenyan ministers of defence and interior announced that Kenyan security forces will engage in military operations against the Al-Shabaab militants in Somali territory. They invoked Article 51 of the UN Charter as a legal basis for these actions and pledged that all measures taken in the exercise of the right of self-defence will be reported to the Security Council. Additionally, they invoked the right to hot pursuit, although it is not clear whether it was regarded as a part of the right to self-defence or as a self-standing right. The announcement comes after a number of incidents which involved the incursions of Al-Shabaab elements as deep as 120km inside Kenyan territory, and abductions of several foreign nationals.

At the time of the writing of this post, reports indicate that the border between Kenya and Somalia has been closed and that Kenyan troops are gathering in the border area, preparing to invade Somali territory. It has also been reported that Kenyan troops have already entered 100km deep into Somali territory by Monday evening seizing two Al-Shabaab controlled towns. The Somali representative at the UN suggested that the Transitional Federal Government (TFG) would see the incursion as a violation of Somali sovereignty while expressing some understanding for the Kenyan legitimate concerns.

According to Article 51, every state has an inherent right to defend itself by employing military means if it has been subjected to an armed attack. The traditional view—which still has a significant support—is that an armed attack must be attributable to a state.

Accordingly, the attacks performed by non-state armed groups cannot be qualified as armed attacks, preventing the right to self-defence to become operational in such situations. This position is seen by many to have been confirmed in the ICJ 2004 Wall Advisory Opinion and in the DRC v. Uganda case.

Al-Shabaab is obviously not a state, and their acts cannot be attributed to the Somali Transitional Federal Government by application of the general rules on attribution found in the ILC Draft Articles on State Responsibility. In fact, the TFG is itself engaged in a conflict with this armed group. If one accepts the traditional view, the Kenyan self-defence claim can only be rejected, as Kenya was not subjected to an armed attack by another state.

Ever since the events of 9/11, however, there has been vocal opposition to such a restrictive reading of Article 51 of the UN Charter. Bearing in mind that Article 51 does not textually require that the armed attack be attributable to state, many now claim that a new customary rule evolved, allowing the use of force in self-defence against non-state actors on the territory of another state in cases where the violent acts of these groups could be qualified as an armed attack (see: Dinstein, War, Aggression and Self-Defence, CUP 2005, at 204-8; Lubell, Extraterritorial Use of Force against Non-State Actors, OUP, 2010, at 31 et seq. The same opinion is held by Greenwood, Paust, Franck and many others). The above mentioned rulings of the ICJ do not necessarily contradict these positions despite the fact that they have been delivered after 2001 and that they appear to condition the existence of an armed attack with the imputability of these attacks to a state. In the Wall Opinion, Israel’s claim of self-defence was inappropriate simply because the attacks did not come from the territory of another state but from a territory which is under its occupation. In the DRC case, on the other hand, the Court refused to deliberate on the contentions that the right to self-defence can be exercised in response to the “large-scale attacks by irregular forces” (para. 147) providing, therefore, neither an affirmative nor negative answer to the question (for a discussion see: N. Lubell, Extraterritorial Use of force Against Non-State Actors, Oxford, 2010, at 31-34).

The ruling of the Court, however, could be understood to imply that “large-scale attacks of irregular forces” as opposed to any attack, could theoretically be regarded as “armed attacks” within the meaning of Article 51 of the UN Charter. If this reading is to be adopted, it would seem that it sets an especially high gravity threshold for irregular attacks to become armed attacks, even higher than the threshold required to transform any illegal use of force into an armed attack as set in the Nicaragua Judgment (para. 210). That said, it would hardly be new for international law to set a higher gravity threshold for non-state than for state violence in order to deem it as appropriate for regulation, as e.g. in the jus in bello framework related to the recognition of the existence of non-international armed conflicts. Alternatively, a gravity threshold could be just a component of the customary requirement of necessity as a precondition for the exercise of self-defence (See K. Trapp, “Back to Basics: Necessity, Proportionality, and the Right to Self-Defence against Non-State Terrorist Actors” 56 ICLQ 441 (2007), at 145 et seq).

It is doubtful whether the activities of Al-Shabaab against Kenyan territory have reached such a high threshold in order to be qualified as an armed attack, or alternatively if the attack of this magnitude necessitated self-defence. They are certainly nowhere near the scale of the 9/11 Al-Qaeda attacks or the Hezbollah attacks that triggered the 2006 Lebanon War. It is clear that, observed in isolation, none of the Al-Shabaab incursions could individually be understood as armed attacks.

In its argument, however, the Kenyan government invoked nine separate incidents from 2009 to 2011. It would seem that by invoking these incidents the Kenyan Government is relying on the doctrine, most vocally supported by Professor Dinstein (War, Aggression and Self-Defence, at 231), according to which a number of successive pin-prick attacks of lower intensity that show a distinctive pattern can constitute an armed attack when taken as a whole. But even if taken together, and if one could identify a distinctive pattern (bearing in mind that Al-Shabaab denied responsibility for the most recent abductions), it is doubtful if these incidents reached the required gravity threshold. There was no significant (if at all) destruction of property and no significant loss of life. The consequences that the Kenyan Government emphasizes are the infringement of security in the border areas and the severe economic losses due to the influence of the attacks on the Kenyan tourism industry on which the country heavily relies. There is, however, little support in international law that these would be sufficient, even in the cases of the attacks performed by a state, to reach the threshold of an armed attack.

In explaining its intentions to send its military force into Somali territory, the Government of Kenya also invoked the right to hot pursuit. The right to hot pursuit on land is highly controversial and is generally rejected. In its original form, it is an institute of the law of the sea and it is regulated by Article 111 of the UN Law of the Sea Convention. The rule entails that hot pursuit must be uninterrupted and must commence while the offending ship is within the internal waters of the offended state. Most importantly, it does not allow for the incursion onto the territory of another state under any conditions.

Kenya had the option to invoke this right in the abduction cases of the French and British tourists in Lamu. In these cases, the offenders took the tourists from the beach on speed boats and headed towards international waters and further to Somalia. If the Kenyan navy started its chase while the offenders were still in its territorial waters and if it caught them while on the high seas, the claim of hot pursuit would be legally valid – but it is too late for that now. In any event, the announced operations are to be performed by land and will include incursion onto Somali territory. Therefore, hot pursuit seems to be inapplicable.

This most recent example of state practice on the use of force will only contribute to the uncertainties surrounding the legal regulation of the right to self-defense. On one side, it is one more example of a state’s understanding of Article 51 according to which self-defense can be exercised against non-state entities on the territory of another state without the consent of the territorial state. But the Kenyan intervention in Somalia might present a considerable challenge even for those of us who support such a reading of the Charter.

As already said, it is at best doubtful if the incursions of the Al-Shabaab on Kenyan territory amounted to an armed attack and if they necessitated the exercise of the right to self-defense. If it is accepted that they indeed reached the required threshold of gravity, one might have to concede that the threshold significantly dropped and that the requirement of necessity can be applied more loosely, which opens the door for even more extensive resort to unilateral force. On the other hand, this particular case might serve as an example that the gravity of cross-border non-state violence is only one among many factors that need to be addressed when assessing the necessity of the use of force in self-defense. In this particular case the inability of the TFG to prevent Al-Shabaab from crossing into the Kenyan territory certainly played a big role in Kenyan decision to invade Somalia.

Kenya had the option of informing the TFG and getting its consent for invasion and it still has the opportunity to do so. In all likelihood, Kenya would have gotten it. Showing a strong arm in international relations might be a good move for the government with an eye on the upcoming elections in Kenya, but it also opens a number of difficult questions for international law and unnecessarily brings more uncertainty into an already unclear legal framework. 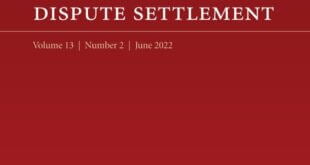