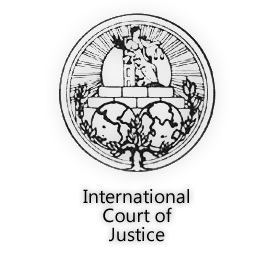 Certain Activities carried out by Nicaragua in the Border Area (Costa Rica v. Nicaragua) Construction of a Road in Costa Rica along the San Juan River (Nicaragua v. Costa Rica) The Court rules on the counter-claims submitted by Nicaragua: it finds that the first claim is without object, that the second and third claims are inadmissible and that there is no need for it to entertain the fourth claim

THE HAGUE, 1 May 2013. By an Order dated 18 April 2013, the International Court of Justice (ICJ), the principal judicial organ of the United Nations, ruled on the four counter-claims submitted by Nicaragua in its Counter-Memorial filed in the Costa Rica v. Nicaragua case.

In that Order, the Court finds, unanimously, that there is no need for it to adjudicate on the admissibility of Nicaragua’s first counter-claim as such, since that claim has become without object by reason of the fact that the proceedings in the Costa Rica v. Nicaragua and Nicaragua v. Costa Rica cases were joined by an Order of the Court dated 17 April 2013. That claim will therefore be examined as a principal claim within the context of the joined proceedings.

In its first counter-claim, Nicaragua requested the Court to declare that “Costa Rica bears responsibility to Nicaragua” for the impairment of navigation on the San Juan River and for the damage to the environment caused by the construction of a road next to its right bank by Costa Rica in violation of its obligations stemming from the 1858 Treaty of Limits and various treaty or customary rules relating to the protection of the environment and good neighbourliness.

In its Order, the Court also unanimously finds that the second and third counter-claims are inadmissible as such and do not form part of the current proceedings, since there is no direct connection, either in fact or in law, between those claims and the principal claims of Costa Rica.

In its second counter-claim, Nicaragua asked the Court to declare that it “has become the sole sovereign over the area formerly occupied by the Bay of San Juan del Norte”. In its third counter-claim, it requested the Court to find that “Nicaragua has a right to free navigation on the Colorado Branch of the San Juan de Nicaragua River until the conditions of navigability existing at the time the 1858 Treaty was concluded are re-established”.

In its Order, the Court lastly finds, unanimously, that there is no need for it to entertain the fourth counter-claim as such, since the question of compliance by both Parties with provisional measures may be considered in the principal proceedings, irrespective of whether or not the respondent State raised that issue by way of a counter-claim. Consequently, the Parties may take up any question relating to the implementation of the provisional measures indicated by the Court in its Order of 8 March 2011 in the further course of the proceedings.

In its fourth counter-claim, Nicaragua alleged that Costa Rica did not implement the said provisional measures. It is recalled that, in the above-mentioned Order, the Court: (1) requested the Parties to refrain from sending to, or maintaining in the disputed territory any personnel, whether civilian, police or security; (2) authorized Costa Rica to dispatch civilian personnel charged with the protection of the environment to the said territory, but only in so far as it is necessary to avoid irreparable prejudice being caused; (3) called on the Parties to refrain from any action which might aggravate or extend the dispute; and (4) asked each of the Parties to inform it as to its compliance with the said provisional measures.

The subsequent procedure was reserved for further decision.

History of the two proceedings

Composition of the Court

Judge ad hoc Guillaume appends a declaration to the Order. A summary of that declaration is annexed to this press release.

The text of the Order will be available shortly on the Court’s website (www.icj-cij.org) in the documentation for each case, under the heading “Contentious cases”.

The International Court of Justice (ICJ) is the principal judicial organ of the United Nations. It was established by the United Nations Charter in June 1945 and began its activities in April 1946. The seat of the Court is at the Peace Palace in The Hague (Netherlands). Of the six principal organs of the United Nations, it is the only one not located in New York. The Court has a twofold role: first, to settle, in accordance with international law, legal disputes submitted to it by States (its judgments have binding force and are without appeal for the parties concerned); and, second, to give advisory opinions on legal questions referred to it by duly authorized United Nations organs and agencies of the system. The Court is composed of 15 judges elected for a nine-year term by the General Assembly and the Security Council of the United Nations. Independent of the United Nations Secretariat, it is assisted by a Registry, its own international secretariat, whose activities are both judicial and diplomatic, as well as administrative. The official languages of the Court are French and English. Also known as the “World Court”, it is the only court of a universal character with general jurisdiction.

The ICJ, a court open only to States for contentious proceedings, and to certain organs and institutions of the United Nations system for advisory proceedings, should not be confused with the other — mostly criminal —judicial institutions based in The Hague and adjacent areas, such as the International Criminal Tribunal for the former Yugoslavia (ICTY, an ad hoc court created by the Security Council), the International Criminal Court (ICC, the first permanent international criminal court, established by treaty, which does not belong to the United Nations system), the Special Tribunal for Lebanon (STL, an independent judicial body composed of Lebanese and international judges, which is not a United Nations tribunal and does not form part of the Lebanese judicial system), or the Permanent Court of Arbitration (PCA, an independent institution which assists in the establishment of arbitral tribunals and facilitates their work, in accordance with the Hague Convention of 1899).

Judge ad hoc Guillaume observes that the principal claims of Costa Rica and the second and third counter-claims of Nicaragua relate to a single fluvial basin, that of the San Juan and the Colorado, presenting shared problems of alluviation, dredging, navigability and protection of the environment. Consequently, in his view, the Court could have found that a direct connection existed between the principal claims and the second and third counter-claims. While he endorsed the solution adopted by the Court, Judge ad hoc Guillaume nonetheless deemed it necessary to point out that a different solution could have been envisaged.