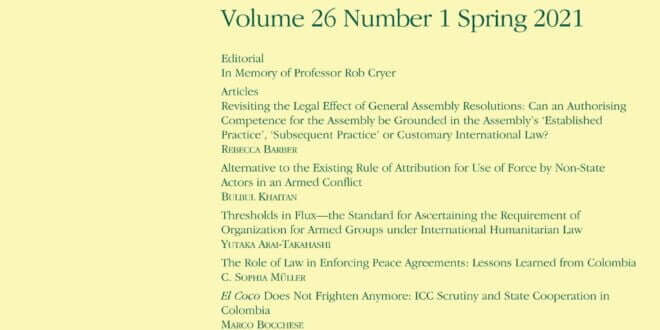 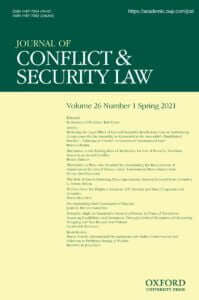 Articles
Revisiting the Legal Effect of General Assembly Resolutions: Can an Authorising Competence for the Assembly be Grounded in the Assembly’s ‘Established Practice’, ‘Subsequent Practice’ or Customary International Law?
Rebecca Barber

Towards a Right to Sustainable Security of Person in Times of Terrorism? Assessing Possibilities and Limitations Through a Critical Evaluation of Citizenship Stripping and Non-Repatriation Policies
Christophe Paulussen