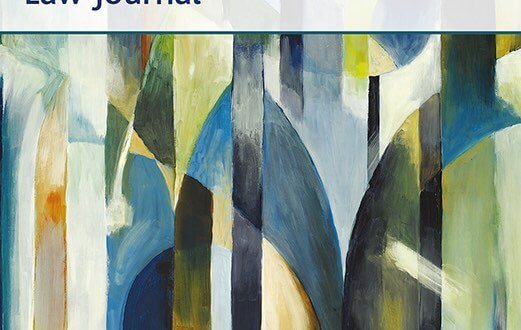 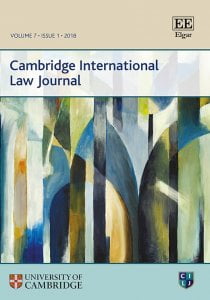 The Cambridge International Law Journal (CILJ) succeeds the Cambridge Journal of International and Comparative Law (CJICL), which was established in 2011 at the University of Cambridge. CILJ is a double-blind peer-reviewed journal with a broad focus on international law. CILJ publishes in all areas of international law, including regional and transnational legal regimes, such as European Union Law. CILJ provides a platform for both young and well-established academics to publish outstanding research on cutting edge, highly topical international law issues alongside, and in dialogue, with each other. CILJ is well-served by an Academic Review Board made up of distinguished international law experts from around the world. Additionally, the CILJ blog and the CILJ annual conference are integral parts of the journal.

2000–2020: twenty years later, where are we in terms of the unity of international law?
Pierre-Marie Dupuy

If Mr Nottebohm had a golden passport: a study of the obligations for third countries under international law regarding citizenships-for-sale
José-Miguel Bello y Villarino

International Relations of the Asia-Pacific – Volume 22, Issue 2, May 2022