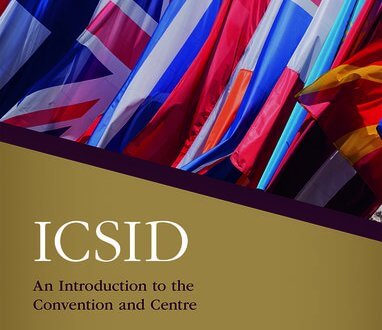 ICSID: An Introduction to the Convention and Centre 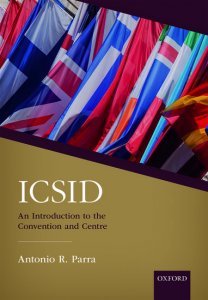 ICSID: An Introduction to the Convention and Centre

Based on the author’s Hague Lectures on ICSID, this book on ICSID and the ICSID Convention provides a detailed introduction to the world’s leading institution devoted to international investment dispute settlement.

Fully up-to-date as of mid-2019, the book presents a full and accessible picture of an increasingly important dispute settlement mechanism. The author delves into the origins and evolutions of the Convention and Centre and its jurisdiction, then navigates the reader through the process of arbitration proceedings under the Convention, applicable law, and the enforcement of Convention awards. The author also discusses efforts to reform international investment dispute settlement in general and ICSID arbitration in particular.

ICSID: An Introduction to the Convention and Centre is an authoritative, essential guide for students, practitioners, policymakers, investors, NGO activists, and journalists with an interest in Investor-state dispute settlement.

Table of ICSID Cases
List of Abbreviations
1 Overviews of the Convention and Centre
I. The Convention
II. The Centre
2 Beginnings and Growth of ICSID
I. Precursor Initiatives
A. The Abs-Shawcross and OECD Draft Conventions
B. Consideration of the Idea at the United Nations
C. The Proposal of the World Bank’s Management
II. Formulation of the Convention
A. Initial Deliberations of the Executive Directors
B. Consultative Meetings
C. Tokyo Annual Meeting
D. Legal Committee Meetings and Finalization of the Text
III. Establishment and Growth
A. Early Years
B. Building the Investment Treaty Network
C. Expansion of ICSID and Its Caseload
3 Jurisdiction of the Centre
I. Nature of the Dispute
A. Legal’, ‘Dispute’, ‘Arising Directly’
B. Investment’
II. Parties to the Dispute
A. The Contracting State
B. The National of Another Contracting State
III. Consent of the Parties
A. Consent in a Clause of an Investment Agreement or in a Compromis
B. Consent in an Investment Law or Treaty
C. Irrevocability of Consent
4 Initiation and Conduct of Arbitration Proceedings
I. Initiation of Proceedings
II. Constitution of Arbitral Tribunals
A. Composition of Tribunals
B. Challenges of Arbitrators
III. Role of the ICSID Secretariat in Administering Proceedings
IV. Written and Oral Procedures
V. Provisional Measures and Preliminary Objections
A. Provisional Measures
B. Preliminary Objections
VI. Drawing Up the Award
5 Applicable Law
I. Article 42(1)
II. Articles 42(2) and 42(3)
III. Experience in the Cases
A. Contract Cases
B. Treaty Cases
IV. Developing International Investment Law
6 Finality and Enforcement of Awards
I. The Remedies in Action
A. Correction or Addition, Interpretation, and Revision
B. Annulment
II. Award Enforcement Proceedings
7 Looking Ahead: ICSID and ISDS Reform
I. UNCTAD’s Promotion of ISDS Reform
II. UNCITRAL’s Reform Efforts
III. Advancing Reform at ICSID
A. Improvements Made Since 2004
B. The Proposed ICSID Appeals Facility
C. The New Proposals for Amendment of the ICSID Rules
IV. Conclusion
Appendices
I. Convention on the Settlement of Investment Disputes between States and National of Other States
II. Report of the Executive Directors on the Convention
Further Reading
Index