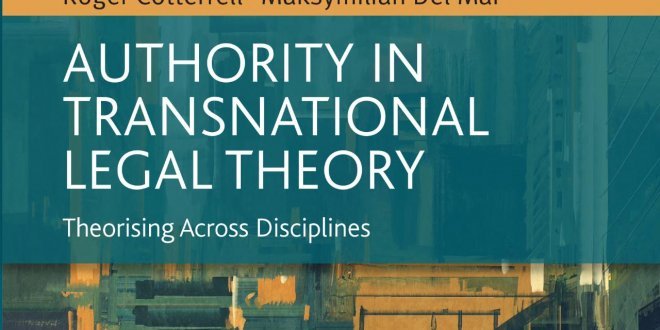 The increasing transnationalisation of regulation – and social life more generally – challenges the basic concepts of legal and political theory today. One of the key concepts being so challenged is authority. This discerning book offers a plenitude of resources and suggestions for meeting that challenge.

Chapters by leading scholars from a wide variety of disciplines confront the limits of traditional state-based conceptions of authority, and propose new frameworks and metaphors. They also reflect on the methodological challenges of the transnational context, including the need for collaboration between empirical and conceptual analysis, and the value of historicising authority. Examining the challenge offered by transnational authority in a range of specific contexts, including security, accounting, banking and finance, and trade, Authority in Transnational Legal Theory analyses the relations between authority, legitimacy and power. Furthermore, this book also considers the implications of thinking about authority for other key concepts in transnational legal theory, such as jurisdiction and sovereignty.

Comprehensive and engaging, this book will appeal to both legal academics and students of law. It will also prove invaluable to political scientists and political theorists interested in the concept of authority as well as social scientists working in the field of regulation.

3. The Modern State and the Concept of Authority
Michel Troper

8. Imaginaries of Authority: Towards an Archaeology of Disagreement
Maksymilian Del Mar