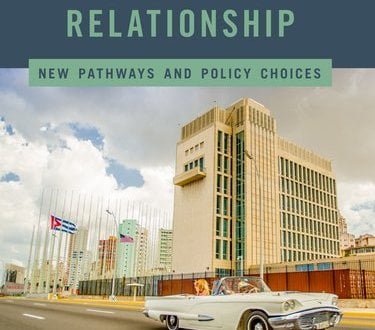 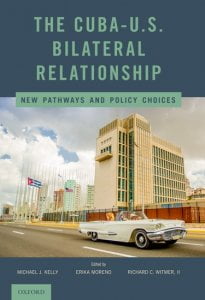 At the end of President Barack Obama’s second term, it seemed that the U.S. and Cuba might be on track to normalize relations after five decades of cold war animus. These hopes appeared dashed, however, by the results of the 2016 U.S. presidential election, which brought to power a candidate that campaigned on undoing Obama’s signature policies, including the rapprochement with Cuba. Several years into the Trump administration there are still several pathways that these two neighboring countries could take to either continue the rapprochement, extend the status quo, or drift further apart. Although it is not entirely clear which direction the bilateral relationship will take, given the varied and divergent political pressures that drive each of the two nations, it is clear that several key opportunities and challenges await them.

Drawing insight from the political, economic, and legal spheres, this book examines possible pathways for the two cold war adversaries. Key among the issues that demand attention are unresolved property claims dating back to the 1959 revolution, establishing regularized bilateral economic relationships in multiple sectors of the economy, as well as addressing a variety of legal and political constraints in both Cuba and the United States. This volume tackles these issues by drawing on the expertise of scholars in three distinct fields–political science, economics, and law–while positing viable policy choices and the opportunities and challenges found therein.

Michael J. Kelly is Interim Dean and Professor of Law at Creighton University

Armando Nova Gonzalez, Senior Researcher and Professor at the Center for the Study of the Cuban Economy, University of Havana 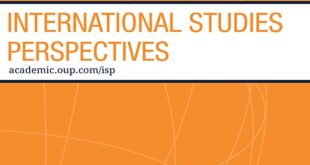