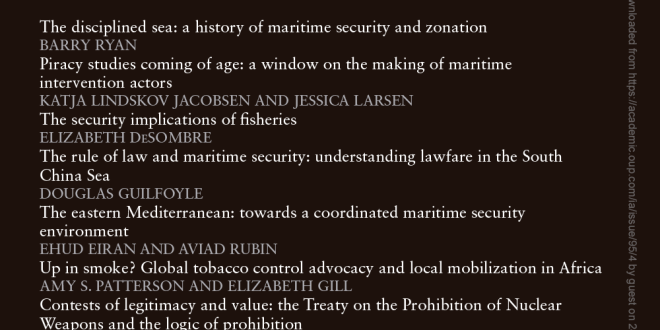 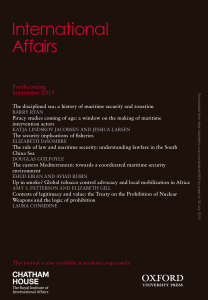 Re-visioning war and the state in the twenty-first century
Introduction: re-visioning war and the state in the twenty-first century
TRACEY GERMAN
Technology, war and the state: past, present and future
WARREN CHIN
Nuclear disarmament and the end of the chemical weapons ‘system of restraint’
JAMES J. WIRTZ
A power for the future? Global Britain and the future character of conflict
MATTHEW UTTLEY, BENEDICT WILKINSON AND ARMIDA VAN RIJ
Russian responses to the changing character of war
BETTINA RENZ
India’s national security: challenges and dilemmas
HARSH V. PANT AND KARTIK BOMMAKANTI
Australia, the utility of force and the society-centric battlespace
MARYANNE KELTON, MICHAEL SULLIVAN, EMILY BIENVENUE AND ZAC ROGERS
Denmark: happy to fight, will travel
PETER VIGGO JAKOBSEN AND STEN RYNNING
To fight another day: France between the fight against terrorism and future warfare
ALICE PANNIER AND OLIVIER SCHMITT

Review essay
Conflicting visions? Cuba in the eyes of a Soviet spy and an American diplomat
RADOSLAV YORDANOV