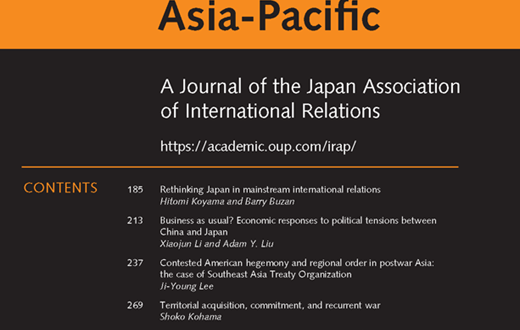 International Relations of the Asia-Pacific – Volume 19, Issue 2, May 2019 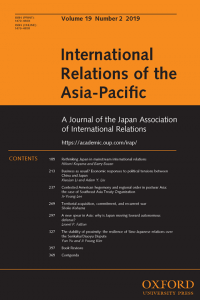 A new spear in Asia: why is Japan moving toward autonomous defense?
Lionel P Fatton

The stability of proximity: the resilience of Sino-Japanese relations over the Senkaku/Diaoyu Dispute
Yun Yu; Ji Young Kim

The quest for recognition: Taiwan’s military and trade agreements with Singapore under the one-China policy
Pasha L Hsieh