The Israeli Strikes on Iranian Forces in Syria: a case study on the use of force in defence of annexed territories

The Israeli Strikes on Iranian Forces in Syria: a case study on the use of force in defence of annexed territories

The extensive air strikes launched by Israel on Iranian forces and assets across Syria in the early morning of 10 May 2018 present a complex case study which deserves proper legal scrutiny. According to the reconstruction given by the Israel Defence Forces (IDF), the strikes were decided in retaliation for a rocket barrage fired some hours earlier from Syrian territory on IDF forward outposts in the Israeli-controlled Golan. Despite denials by Iranian officials of any direct involvement of their military in Syria, the rockets were immediately attributed by the IDF to the Quds Force, the special unit of the Iranian Revolutionary Guards in charge of extraterritorial operations.

Reacting to the alleged Iranian attack and to Syria and Iran’s condemnation of Israel’s response as an act of aggression against Syria, the governments of the United States, the United Kingdom and Germany explicitly referred to Israel’s right to act in self-defence against Iran. The same Israeli Prime Minister Netanyahu, before the operation could take place, had invoked ‘Israel’s obligation and right to defend itself against Iranian aggression from Syrian territory’. This claim, although phrased in legal terms, was not formalised in an Article 51 letter filed with the UN Security Council, which should include a justification for the use of force against both Syria (whose territorial integrity was violated) and Iran (whose forces and facilities were targeted). A self-defence argument however would raise in the present case a legal issue related to the status of the territory attacked: the Golan Heights, occupied by Israel after the Six-Day War in 1967 and annexed in 1981. Can an annexing state invoke Article 51 UN Charter to justify the use of force in self-defence against an armed attack directed exclusively at a territory that it annexed? This post submits that the answer to this question, which appears unsettled and largely unexplored, cannot overlook the situation of manifest illegality that a self-defence argument would purport to preserve and protract.

Analogy with Attacks on Occupied Territories

International law provides an absolute prohibition of annexation as a mode of acquisition of territory that violates the prohibition of the use of force under the UN Charter. Consequently, annexation cannot give per se legal title to a territory and does not produce any legal effects under international law. Annexed territories must be considered as occupied territories, provided the necessary degree of control is exercised by the occupying power. And in fact, both the UN Security Council and General Assembly used this designation for the Golan.

Following this analogy, a positive answer to our question seems to be provided by the Eritrea-Ethiopia Claims Commission in its Partial Award on Jus ad bellum (2005). The arbitral body, called to decide whether Eritrea had violated jus ad bellum by attacking Ethiopia, rejected Eritrea’s defence claim:

The Commission cannot accept […] that recourse to force by Eritrea would have been lawful because some of the territory concerned was territory to which Eritrea had a valid claim. […] the practice of States and the writings of eminent publicists show that self-defense cannot be invoked to settle territorial disputes. (para. 10).

Recognising that Eritrea’s action amounted to an armed attack, the commission was also implicitly admitting that Ethiopia could react in self-defence against attacks on a territory that it occupied.

Legal scholarship has addressed the question of self-defence in situations of occupation without coming to homogeneous conclusions. According to Schachter (pp. 116-117), widely cited by subsequent doctrine, “it cannot be said that most States would agree that the prohibition against force does not apply when a State seeks to recover territory that may be considered to have been illegally taken from it.” Similar cases can only be settled by peaceful means, since “there is no right to use force to rectify the wrong.” In the same vein also Malanczuk (pp. 314-315). More recently Kohen (pp. 403-405), Kolb (pp.283-284) and Dinstein (pp. 95-96) unanimously denied that a state can resort to force to recover a territory occupied by another state. In their view, the application of the prohibition to use force in Article 2(4) UN Charter cannot depend on whether the victim state exercises its authority over the attacked territory de jure or only de facto. Therefore, the argument goes, even illegal possessions are protected by the UN Charter’s aim of limiting the lawful use of force to the repulsion (and arguably the prevention) of immediate threats.

This position however is far from uncontentious. In a contribution to EJIL, Gray severely criticized the bold statement of the Eritrea-Ethiopia Claims Commission, stressing the difference between territorial disputes leading to an aggression that violates an international boundary, even if contested, and the exercise of acts of administration on a territory recognised as belonging to a different sovereign: “Ethiopia accordingly had no right […] to use force to perpetuate its illegal occupation or to seize further Eritrean territory, and Eritrea could not be held liable for forcible actions against Ethiopian forces on its own territory.” (p. 710). Koutroulis in the Oxford Handbook of the Use of Force in International Law also recognises that the Commission “failed to take into account Eritrea’s claim that Ethiopia was unlawfully occupying its territory.” (p. 617).

Unfortunately, state practice does not offer a clearer picture. On the one side, the Falkland-Malvinas war provides an example against self-defence claims by states attempting to recover what they allege to be their own territory. The subsidiary self-defence argument submitted by Argentina in the General Assembly (UN Doc. A/37/PV.51) was indeed rejected by the Security Council demanding the immediate withdrawal of all Argentine forces (UNSC Res. 502, 3 April 1982). According to Schachter (p. 116), the analogous self-defence claim filed by Iraq to justify its attack to reconquer an area that it considered illegally occupied by Iran had the exact same outcome.

On the other side, Gray indicates three cases in which self-defence claims were rejected by the Security Council since states considered that the claimants were in illegal occupation of the territory which they pretended to defend. Condemning Portugal’s attacks on Guinea, Zambia and Senegal to defend its colonial possessions, many states ‘rejected as untenable Portugal’s claim to have acted in self-defence.’ (1969 UNYB 139). Similarly, South Africa’s argument that it was acting in self-defence against armed groups fighting for the liberation of Namibia was dismissed by France because South Africa was in illegal occupation of Namibia and South African national territory was not in danger (1981 UNYB 220). Finally, Gray also mentions (p. 145) the refusal by several Arab states’ to acknowledge Israel’s right to self-defence against incursions of irregular forces in occupied territories, motivated by the illegal nature of the Israeli occupation.

State practice and legal scholarship therefore do not express a uniform position on the exercise of self-defence by an occupying power, which could be permuted to the similar situation of a state purporting to react in self-defence against attacks on an annexed territory. Yet, a solution for this latter scenario could rest precisely on the manifest situation of illegality produced by annexation.

As mentioned, the absolute character of the prohibition of annexation prevents the annexing state from claiming any title to the territory. In addition, the ex iniuria ius non oritur principle should operate to deny that legal effects can stem from annexations at all. It seems reasonable to argue then that the ex iniuria principle, at least in instances of manifestly unlawful exercise of authority over a territory as in the case of annexation, prevents a claim under Article 51. The purpose of Article 51 is to protect states’ territorial integrity or political independence from violent threats: neither the one nor the other are at risk when an annexed territory comes under attack, since it clearly belongs to another sovereign. This situation is substantially different from that of disputed territories, whose status cannot be established with sufficient clarity: in this latter case, there should be no doubt that the prohibition of threat or use of force in Article 2(4) forbids non-peaceful means of dispute resolution and warrants a protection of the status quo.

This argument supports an interpretation of Article 51 that links this norm to the scope of Article 2(4), namely the protection of the territorial integrity and political independence of states. Therefore, the argument should hold valid irrespective of the attacker, be it the legitimate sovereign, an armed group insisting on its territory or a third state: simply, annexed areas are not de jure parts of the annexing state’s territory and the nature of the attacker cannot compensate for the lack of legal title to the area. Additionally, if the attack on the annexed territory comes from an entity different from the legitimate sovereign (e.g. from another state, as in the present case Iran), only the sovereign (Syria), not the annexing state (Israel), would be entitled to invoke Article 51.

It is important to mention that an Article 51 claim could not even be based on the alternative argument that states enjoy the right to react in self-defence when their troops are attacked while stationed abroad. According to Nolte and Randelzhofer in the Commentary to the UN Charter, the right to self-defence ‘also applies where a State attacks military units of another State which are present on disputed territory’ (p. 1412), ‘regardless of whether their presence is lawful or not’ (n. 95); however, the two authors exclude self-defence when ‘the presence and actions of foreign troops are manifestly illegal’: once again, the clear illegality of the situation under international law stands out as the decisive factor, and no situation of illegality appears more manifest then that resulting from an annexation. Other authors recognising states’ right to self-defence when their troops are attacked abroad, like Greenwood, restrict self-defence to attacks on troops ‘lawfully stationed or operating in the territory of another State’.

As an alternative to the above argument, more consideration should be given to arguments comparing occupations and annexations to a continued form of armed attack, which would allow a self-defence reaction by the sovereign. The ICJ, in its Judgement in the Armed Activities case (2005), provides a partial hint, where it qualifies Uganda’s occupation of Congolese territory as constituting as such an unlawful use of force in violation of the UN Charter (para. 345). Some commentators, including Gray in the article mentioned above (p. 717), Okimoto (p. 52) and Kolb (p. 283), went one step further, coming to the conclusion that occupation per se attains the level of an armed attack on the sovereign state. It can be claimed of course that long-lasting annexations, once occurred, do not necessarily involve additional use of military force amounting to an armed attack. Yet, in practice, every military action of the annexing state’s forces aimed to maintain control over the territory would reach the threshold of an armed attack against the sovereign state, triggering this latter right of self-defence. In this case however, a self-defence reaction to the occupation would only be available to the sovereign and not to third states. Applied to our case, this would leave Israel a basis to claim self-defence against an attack conducted by Iran, but not if attacked by Syria.

The Israeli reaction to the Iranian attack on the Golan provides a real case study for a legal issue with farther reaching implications: suffice it to mention that the arguments presented here would apply in case of armed attack on East Jerusalem, equally annexed by Israel, or on Crimea after the Russian purported annexation of 2014. This post argues that a self-defence justification under Article 51 cannot be used to defend annexed territories, because international law denies that any legal advantages can be derived from situation of manifest illegality, unlike cases of territorial disputes where the difficulty to establish the status of a territory should warrant a protection of the status quo. 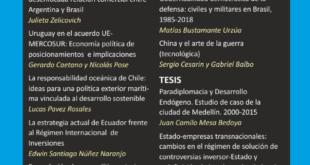