A New Legal Framework for the Enforcement of Settlement Agreements Reached through International Mediation: UNCITRAL Concludes Negotiations on Convention and Draft Model Law

A New Legal Framework for the Enforcement of Settlement Agreements Reached through International Mediation: UNCITRAL Concludes Negotiations on Convention and Draft Model Law

On February 9, 2018, the United Nations Commission on International Trade Law’s (“UNCITRAL”) Working Group II concluded negotiations on a convention and model law on the enforcement of settlement agreements reached through international commercial conciliation or mediation. Although the instruments still need to be finalized by UNCITRAL and then ratified by States, the completion of the drafting stage marks an important development in international commercial dispute resolution.

Given the debate regarding the increasing costs and time involved in international arbitration, greater attention has been paid to mediation as a method of dispute resolution. The flexibility involved in mediation eliminates many of the hurdles of arbitration, including bypassing disclosure. However, once a mediated agreement is reached, there is no comprehensive legal framework for the enforcement of international settlement agreements. The result is that parties are forced to attempt to enforce such agreements in domestic courts, typically as an ordinary breach of contract claim.

As a result, when a party to a mediated settlement agreement reneges on its obligations or otherwise refuses to uphold the terms of the agreement, the other party has had to commence separate proceedings in court or through arbitration to enforce the agreement. This has essentially meant initiating a new dispute after resolving the underlying one, adding increased costs and delay.

Through the creation of clear and uniform framework for the recognition of settlement agreements resulting from mediation – akin to the New York Convention on the Recognition and Enforcement of Foreign Arbitral Awards (1958) (“New York Convention”) – the new draft convention and the draft amended model will increase the predictability of settlements achieved through international mediation.

Generally, international commercial arbitration has been preferred over international mediation. This is likely because the widely adopted New York Convention provides a predicable framework for the recognition and enforcement of arbitral agreements and awards. Under the New York Convention, arbitral awards enjoy the same protection as domestic court decisions and deference is given to agreements to arbitrate.

Similar efforts have been made with regards to the enforcement and recognition of court judgments that result from domestic litigation. The Hague Conference on Private International Law has taken substantial steps toward realizing the conclusion of an international convention to allow judgments rendered by a court in one country to be recognized and enforced in another country. In fact, the latest draft of the convention was completed just a few months ago in November 2017 during the most recent meeting of the Special Commission on the Recognition and Enforcement of Foreign Judgments, which was attended by 180 participants from 57 States.

Through the creation of a uniform enforcement process for settlement agreements achieved through international mediation, the new draft convention and the draft amended model law will begin to place mediation on an equal footing with arbitration as a method of international dispute resolution. In fact, given that mediation is typically less expensive and quicker than arbitration, parties may prefer to mediate their disputes following the ratification of the convention model law. They may prefer to do so as they will then have the reassurance that their settlements can be enforced easily without having to resort to a lengthy breach of contract proceeding in the court in which they seek to enforce the agreement.

Application of the New Draft Convention and the Model Law

The convention and model law have been drafted to apply to all international agreements resulting from mediation and concluded in writing by parties to resolve commercial disputes, except for disputes arising out of transactions engaged in for personal, family or household purposes, relating to family or inheritance matters, or arising out of employment law issues. In addition, the instruments, if ratified, would not cover settlement agreements that are approved by a court or have been concluded in the course of proceedings before a court, or those that have been recorded and are enforceable as arbitral awards.

There is no limitation as to the nature of the remedies or contractual obligations that can be reflected in the international agreements in order for the convention and model law to apply. Thus, the agreement can involve both pecuniary and non-pecuniary remedies.

Both instruments will be considered for finalization by UNCITRAL at its next session, which will be held from June 25 to July 13, 2018 in New York. Once finalized, the Member States will begin the process of ratification and domestic implementation of the instruments. 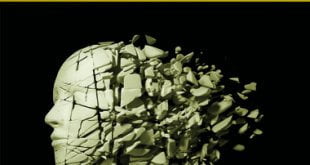