The Status of Treaties in Domestic Law

The Status of Treaties in Domestic Law

[David P. Stewart is Professor from Practice at Georgetown University Law Center.This is the third post in our symposium this week on treaty supremacy.]

How are we to explain the yawning gap between the Founding Fathers’ clearly “monist” ideas about the role of treaties in our domestic legal system and the much more circumscribed “dualist” concept reflected in the Supreme Court’s Medellin decision? That’s the task David Sloss set for himself in The Death of Treaty Supremacy, and he succeeds in leading us on a long and detailed explanatory journey from 1789 up through 2008.

There can be little doubt that the Founders meant for treaties entered into by the new United States not only to be federal law but also (and more importantly) to bind the states and directly to override contrary state law. As Sloss demonstrates, the very point of the Supremacy Clause was precisely to prevent state governments and courts from frustrating critical treaty obligations of the new nation. To that very end, in Ware v. Hylton (1796), Justice Chase explicitly equated treaties with the Constitution itself. This “treaty supremacy” rule, Sloss notes, survived essentially unchallenged until the period immediately following World War II.

However, early on, the federal courts adopted an interpretation of the Supremacy Clause according to which some treaties (denominated “non-self-executing”) were considered not to have effect unless legislatively implemented.   As Sloss notes, the “non-self-execution” doctrine dates back to Chief Justice Marshall’s opinion in Foster v. Neilson (1829). Properly understood, however, this doctrine spoke only to the allocation of authority to implement treaties at the federal level, between the legislature and the executive, and had no effect on the treaty supremacy rule.

It was not until the 1952 decision of the California Supreme Court in Sei Fujii that the non-self-execution doctrine was applied to limit the treaty supremacy doctrine, with the result that treaties denominated “non-self-executing” were no longer understood to supersede conflicting state law. Why the California court chose that path, and why its approach gained traction including most importantly in the Restatement (Second) Foreign Relations Law, lies at the heart of Sloss’s story of “invisible constitutional change.”

His explanation weaves together a variety of factors, among others the provisions of the United Nations Charter and its non-discrimination obligations, the constitutional inability of the federal government at the time to prohibit racial segregation in the states, early Cold War politics, the nascent human rights movement, and cognitive dissonance theory. It is, in his view, a tale of constitutional transformation through judicial interpretation, rather than through the ballot or the amendment process, and therefore largely “invisible.”

Sloss acknowledges that the so-called “Fuji doctrine” did serve crucial political purposes by helping to mediate the tension between human rights and states’ rights and thus to defeat the so-called Bricker Amendment. Substantively, he embraces the doctrine as a defensible interpretation of the Constitution, while rejecting some of its more recent transformations, including the “no private rights of action” and “non-judicially enforceable” interpretations. His problem is with the lack of political transparency in the process, which he considers perhaps less than fully consistent with principles of democratic legitimacy.

There is something to be said for this criticism, since in Foster (and subsequent decisions) the Court effectively inserted the word “some” before “treaties” in the Supremacy Clause. Yet the story of our Constitution is largely one of judicial adaptation and reinterpretation in light of changed circumstances. For a technical question like treaty supremacy, it is hard to see how a plebiscite or process of formal amendment with respect to the treaty power might actually work. The specific concerns that motivated the Bricker Amendment during the early 1950’s are no longer present, but the underlying federal-state tensions are still there, very real and very much alive. Listen to the recent debates about ratifying the Convention on the Rights of Disabled Persons, or the Convention on the Rights of the Child, or the Convention on the Elimination of All Forms of Discrimination Against Women, and you’ll hear sharp echoes of the principles at stake in the Bricker controversy. In fact, versions of the Bricker Amendment are still introduced in the House and Senate from time to time. The treaty supremacy issue was debated at the Constitutional Convention in 1787 and in the ensuing state ratification process, and it hasn’t gone away.

Sloss notes with some approval how the issue was dealt with in the Restatement (Second) Foreign Relations Law but he gives little attention to the Restatement (Third) in 1986. The Reporters for that edition had a clear preference for self-execution and supremacy. While they acknowledged, in sections 111(3) and (4), that as a matter of U.S. law “non-self-executing” agreements will not be given effect as law in the absence of necessary implementation, and that some categories of treaties may presumptively fall in that category, they emphasized (in RN 5) that treaties are generally binding on ratifying states whether or not they are self-executing. “The purpose of having a treaty self-executing is to make it easier for the United States to carry out its international undertakings.” In addition, they noted, “[s]elf-executing treaties were contemplated by the Constitution and have been common. They avoid delay in carrying out the obligations of the United States. They eliminate the need for participation by the House of Representatives (which the Framers of the Constitution had excluded from the treaty process), and for going to the Senate a second time for implementing legislation after the Senate had already consented to the treaty by two-thirds vote.”

But a careful study of treaty practice over the past 30 years demonstrates that this preference for self-execution has not been shared by either the executive or legislative branches. In point of fact, almost all treaties today (bilateral or multilateral) are legislatively implemented. Very few are actually self-executing in the sense that they are directly applicable as federal law and override inconsistent state law.

Several reasons for this resistance to self-execution can be suggested. Perhaps most important is the drastically changed nature of treaties today. At the time of the Founding, most treaties were bilateral and involved straightforward questions of bilateral relations like war and peace, boundaries and trade. These were clearly matters for which national governments were accountable and unable to tolerate non-compliance by their subordinate components (like provinces or states). Today, treaties (especially multilaterals) increasingly deal with internal or domestic matters (such as human rights, criminal matters, family law, tax, intellectual property, jurisdiction, etc.) and to do so in great detail. They are often matters on which substantial domestic law already exists. Moreover, for federal states, they can implicate sensitive questions about the allocation of authority between the national and subnational governments. When they are negotiated in international organizations whose members are drawn from every part of the world and thus have markedly different legal systems and approaches, the final wording of the treaty is frequently so unique that it simply cannot be directly incorporated into domestic law (at least in the United States). As a technical level, little reason exists to support the proposition sometimes heard that “if it’s agreed to by the world community, it has to be better than domestic law.”

A more direct way of describing these changes is to say that treaties increasingly perform law-making functions. When that’s the case, it’s hard to argue against a preference for legislative implementation — although the difficulty (or impossibility) of getting such legislation often motivates those who argue in favor of self-execution, as indicated by the Reporters’ Notes cited above.

Most do not read the Supreme Court’s decision in Medellin as reflecting a clear presumption against self-execution, but there’s little question that in rejecting the President’s argument that he could unilaterally convert a non-self-executing treaty into a self-executing one, the Court saw the difference as involving a law-making function that necessarily involves the Congress. On that point, one has to think that, if the Founders could appreciate the very different nature and role of treaties in the contemporary world, they would agree. 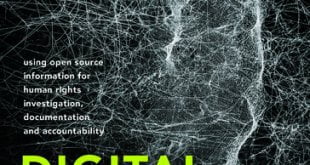