The ECtHR Finds Macedonia Responsible in Connection with Torture by the CIA, but on What Basis?

The ECtHR Finds Macedonia Responsible in Connection with Torture by the CIA, but on What Basis?

André Nollkaemper is Professor of Public International Law at the Faculty of Law of the University of Amsterdam. He directs the project on ‘Shared Responsibility in International Law’ (SHARES); this piece is cross-posted on the SHARES Blog.

On 13 December 2012, the European Court of Human Rights (‘the Court’) found the that the Former Yugoslav Republic of Macedonia (‘Macedonia’) was responsible in connection with the ill-treatment and torture of Khaled El-Masri. The judgment adds a further chapter to the Court’s rich case law on situations where a state party is held responsible in connection with the (wrongful) acts of another state.

El-Masri, a Lebanese-born German national, alleged that in the period from 31 December 2003 to 29 May 2004 he had been subjected to a secret rendition operation, in which agents of Macedonia had arrested him, held him incommunicado, questioned and ill-treated him, and handed him over at Skopje Airport to CIA agents who then transferred him to Afghanistan, where he had been detained and ill-treated for over four months.

No one who reads the facts of the case will argue with the Court’s conclusion that Macedonia had to bear international responsibility. The question is on what grounds one can base this conclusion.

The approach chosen by the Court may surprise many international lawyers. Influenced by decades of work of the International Law Commission (‘ILC’), their approach would be a combination of attribution of conduct on the one hand and the breach of an international obligation, on the other: Macedonia then would be responsible for handing over El-Masri to the CIA, in the face of risk (if not certainty) that he would be ill-treated and tortured. They would not normally say that the act of ill-treatment at the hands of the CIA itself is attributed to Macedonia, but limit Macedonia´s responsibility to its own wrongful conduct. This distinction may seem a legal nicety, but it may have practical relevance (for questions of evidence and reparation) and also reflects that what is essentially a sovereignty-based consideration: it should not easily be presumed that a state is responsible for acts committed by another subject of international law.

The Court takes a somewhat different approach. But it is quite difficult to figure out what exactly this approach is. While the fact that the Court does not feel compelled to follow the ILC´s conceptual straightjacket is in many respects refreshing, its own line is at times somewhat inconsistent and confusing. For one thing, it is difficult to see why the Court uses interchangeably the terms ´attribution´ and ´imputation´ – one may guess that the Court uses the latter when it seeks to leave aside the ILC´s approach, but it would be nice if the Court would not invite us to speculate.

A more substantive point is that, without clear rationale and justification, the Court intertwines the concepts of attribution of conduct and attribution of responsibility. For instance, the Court found that the responsibility of Macedonia was engaged with regard to the applicant’s transfer into the custody of the United States authorities and eventually his transfer to Afghanistan, despite the existence of a real risk that he would be subjected to further treatment contrary to Article 3 of the European Convention on Human Rights (ECHR) (para. 223). This follows the Soering case-law, and fits in traditional doctrine: Macedonia would be only responsible under Article 3 for its own conduct and not for the torture in Afghanistan itself. But it is then hard to understand why the Court speaks in this context of attribution of responsibility (para. 215), rather than attribution of conduct.

Nonetheless, amidst all this confusion, an interesting thought emerges. In regard to two allegations, the Court concluded that Macedonia was not (only) responsible for the act of handing over El-Masri, but that it was responsible for conduct that clearly was not its own. Macedonia had handed over El-Masri to a CIA rendition team at Skopje Airport, where he was ill-treated before being sent off to Afghanistan. The Court found Macedonia ‘responsible for the ill-treatment to which the applicant was subjected at Skopje Airport by CIA agents’. And in respect to the detention in Kabul, once the CIA had flown EL-Masri there, it found Macedonia to be responsible for a violation of Article 5 during the entire period of his captivity in Kabul (para. 240), and imputed the detention (an act committed by the CIA) as such to Macedonia (see also para. 235).

This approach of making a state responsible for acts that are not its own may be explained by the scope and contents of the particular obligations of states under the ECHR. That is particularly clear for the events at Skopje airport. The Court could have approached this as a Soering type situation, and could have held Macedonia responsible for handing over a person to a foreign state in the face of a risk of torture. However, the difference was that the CIA mistreated El-Masri at the airport itself, and this was therefore not just a question of handing someone over in the face that he would be mistreated in another state. The Court thus had to take a different approach and stated in para. 206 that:

The Court’s finding that Macedonia was responsible under the Convention for the acts performed by foreign officials on its territory with the acquiescence, or connivance of its authorities, reminds us that there is a world outside the conceptual framework established by the ILC. The Court did not attempt to explain its approach in ´ILC terms´- none of the four Articles of the Articles on State Responsibility (‘ASR’) that the Court referred to (Art. 7, 14, 15 or 16) is relevant in this context. Driven by the general obligation of states to protect rights of persons under their jurisdiction, the Court´s approach seems to be Macedonia is responsible for the wrongful act of handing over El-Masri and that because of its acquiescence or connivance, this responsibility extends to El-Masri´s ill-treatment by the CIA.

This approach follows the Human Rights Committee, which in a 2006 case against Sweden determined that ‘a State party is responsible for acts of foreign officials exercising acts of sovereign authority on its territory, if such acts are performed with the consent or acquiescence of the State party’ (Mohammed Alzery v. Sweden, para. 11.6).

A striking aspect of the Court’s reasoning is that it equates the responsibility of a state vis-à-vis the conduct of another state (here the US), with the responsibility of a state vis-à-vis the acts of private persons. It refers, for instance to Ilascu v. Moldova and Russia § 318, in which the Court said that ‘the acquiescence or connivance of the authorities of a Contracting State in the acts of private individuals which violate the Convention rights of other individuals within its jurisdiction may engage the State’s responsibility under the Convention’.

The Court’s equation of state responsibility vis-à-vis conduct of private actors on the one hand, and vis-à-vis foreign states on its territory, is logical from the perspective of the ECHR. Once the scope of states’ obligations to protect rights of persons within their jurisdiction was extended to obligations to secure, that third parties within their jurisdiction did not interfere with rights and freedoms of individuals, there is no compelling basis for distinguishing between private parties and states that acted within the territory of the state party.

The justification of the construction then lies in the combination of the (positive) obligations of states party under the Convention, and the fact that the conduct in question took place on its territory with its acquiescence or connivance, which in turn was incompatible with the positive obligations. The primary rules thus in a way incorporate questions that in the ILC texts are considered as freestanding secondary rules, just as the Court considers the question of facilitation of ill-treatment of El-Masri as a breach of positive obligations (e.g. para. 211), not in terms of a responsibility under Art. 16 of the ILC Articles (even though the Court did list this as a relevant norm of international law).

Although all of this thus can be explained with the framework of the Convention, a reading of the judgment raises many questions concerning this approach. The statement that Macedonia was responsible under the Convention for acts performed by foreign officials on its territory is somewhat ambiguous. Since the Court did not go as far as attributing CIA conduct to Macedonia, this wording may be taken to suggest that Macedonia would be responsible without itself having committed a wrongful act. That of course is not what the Court intended to say, but a more solid explanation would help.

Somewhat mysterious is also that whereas Macedonia´s responsibility for handing over El-Masri to the CIA was based on the traditional Soering case law (Macedonia was responsible for the act of transferring El-Masri into the hands of the CIA in the face of risk of torture (para. 223), not for the torture in Kabul, just as in a Soering case, the extraditing state is not responsible for the death row or the death penalty that later occurs), it took a different line in regard to the responsibility of Macedonia for the illegal detention by the CIA of El-Masri in Kabul. Here the Court found Macedonia to be responsible for a violation of Article 5 during the entire period of his captivity (para. 240) and suggested that it imputed the detention (in the hands of the CIA) as such to Macedonia (see also para. 235).

This could be explained as extension of responsibility based on criteria of foreseeability and causation, but then it is not obvious why these factors were not applied in regard of the removal of the applicant to Kabul, where the Court only held Macedonia responsible for the removal, not for the torture in Kabul itself. All of this seems a connection of unfinished and not systemically developed thoughts.

Yet, in this midst of all this there is a thought that matters. For all its incoherence and lack of clarity, the Court´s language has a hint of normative power that the general law of responsibility lacks.The general law of responsibility by its conception of responsibility-based-on-wrongfulness, prefers determinations that one is responsible for the handing over of a person or for its inaction, not for the resulting torture itself.  In contrast, the Court´s approach may allow us to say that if a state hands over a person to another state in the knowledge that the person is tortured, and stands by when that torture happens, it bears responsibility for the torture itself. 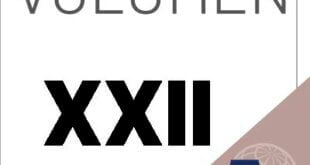 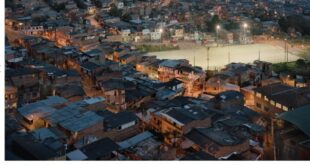