Andrea Bianchi’s excellent, thoughtful post on the perceptions of certainty in response to the ICJ’s Germany v. Italy judgment provokes many questions. What, exactly, created the certainty both within the Court and outside it as to how the Court would decide the case? Is it the determinacy of the law, as the positivists among us would argue? Or is it the structural biases of the Court as an institution and of its individual judges that we were out of experience simply able to assess and predict, as would be the view of the more critically minded? But I was particularly struck by Professor Bianchi’s praise of Judge Cancado Trindade, who found himself in the smallest of minorities, dissenting alone on the jus cogens not overriding immunity point:

Finally, a word of praise for Judge Cançado Trinidade (who issued a dissenting opinion in this case) is in order. His lengthy opinions and his weltanschauung are often looked down on or frowned at. In fact, Judge Cançado is long engaged in an attempt to acculturate the international judicial bodies in which he [sits] and, more generally, the epistemic community of international lawyers. Suffice to cast a glance to the background, academic and/or judicial record of his fellow judges to realize how on certain fundamental issues at the ICJ he does not even belong to a minority: he is almost completely isolated. I trust he has realized by now that The Hague is a much colder place than San José. Yet his function remains fundamental. One could paraphrase Voltaire and say that ‘If Cançado did not exist, it would be necessary to invent him’. Not so much for me or for any other more or less established member of the profession, but for all those students who approach the study of international law and want to believe in the redeeming force of human rights and universal justice for a better world. Here is another hand. Of this, I am quite certain.

One could take issue with some of Bianchi’s points. Today’s ICJ is perhaps not as devoid of human rights-minded judges as it once was. And while challenging orthodoxy is a good thing, a judge who allows himself to become isolated within his court is perhaps not pursuing the wisest or the most effective course of action, even assuming the general validity of his own worldview. But I am really interested here in a broader and more fundamental point: how exactly should we measure the effectiveness of a judge, particularly a judge on the ICJ? If legal argument generally and judging specifically is an exercise in persuasion, what is the audience that the judge should seek to persuade and in what manner? Is the judge to be the harbinger of utopia, writing for those who “want to believe in the redeeming force of human rights and universal justice for a better world,” or a realistic, pragmatic apologist of the world as it stands today? Your mileage, I imagine, may vary.

These broader questions aside, perhaps it would be useful – or at least interesting – to evaluate the performance so far of Judge Cancado Trindade, now sitting on the ICJ for some three years. I wish to do so through a rather trivial statistical exercise, and leave it up to the readers to draw their own conclusions, if any. The table below was compiled by an excellent LL.M student of mine at Nottingham, Tilman Dralle, to whom I’m grateful for his assistance. The table is I think fairly self-explanatory:


To crunch some of these numbers a bit, in the past three years since Judge CT’s appointment, the Court delivered 15 substantive decisions, shown in the table above (excluding completely routine orders, e.g. on the setting of time limits for the filing of written pleadings).  In those 15 decisions, Judge CT was in the majority  some  42% of the time, depending on how exactly you count the vote on each point of the dispositif. Judge CT wrote a separate or dissenting opinion in all but 3 of those cases, i.e. 80% of the time. The combined length of all of these decisions of the Court is 608 pages (counting one official language only), while Judge CT separately wrote a total of 532 pages. If we were to exclude from this tally the 3 decisions in which CT did not write separately and the 2 decisions in which he wrote jointly with Judge Yusuf, when doing an individual opinion Judge CT writes 1.25 pages for every page written by the Court (518/413), on average writing 51.8 pages per opinion (518/10). In all of the 15 decisions, the other judges (and judges ad hoc) combined wrote 542 pages of separate opinions, dissents or declarations, on average writing about 6 pages per opinion (542/89), while Judge CT wrote a total of 532 pages. In other words, Judge CT’s output in terms of his individual opinions over the past three years is practically equal to that of all of the other judges and judges ad hoc of the Court combined. No mean feat that.

Again, I leave it up to the readers to draw their own conclusions. My own impression, for what it’s worth, is that Judge CT’s perceived isolation from his colleagues is less due to the substance of his arguments and more due to their style and manner. The problem is not necessarily in his human rightist, judicial activist, utopian worldview (if I have to resort to such unfortunately simplistic labels), or in the supposed ideological inability of the other (‘statist’, conservative, apologist) judges to process the arguments coming out of this worldview, but more in the way in which these arguments are presented. I doubt his current colleagues think it is particularly useful for him to write a 50-page separate opinion in 4 out of 5 cases, totaling more than 500 pages in the ICJ Reports over the past three years (and printed at public expense, mind you), and I equally doubt his former colleagues in more temperate San Jose thought it particularly helpful to read separate opinions that, for example, engaged in extensive comparisons between the real and present victims of  human rights violations to Sophocles’ Antigone and Electra.

I have little doubt, on the other hand, that Judge CT’s fellow judges have long since stopped reading his opinions, and this is a problem for any judge who seeks to persuade his colleagues. Nor do I think that his opinions are really much more widely read in the academia, least of all by students. Coming back now to the broader questions, while different judges can certainly have different styles and indeed see their own role in different ways, what in my view ultimately makes a great judge is primarily his or her connection to the Court on which he or she sits. Not the heftiness of his or her footprint in the ICJ Reports, not the uncompromising ‘progressiveness’ of his or her views, but the ability to think strategically, persuade colleagues, build coalitions and majorities, produce tangible results and outcomes within the Court, and lay firm foundations for future developments even when in the minority. Of this, I am quite certain. 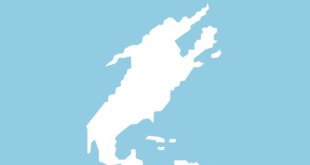 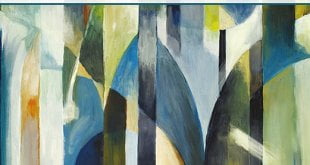