The Member States of the Organisation of the Islamic Conference,

Pursuant to the tenets of the tolerant Islamic Sharia which reject all forms of violence and terrorism, and in particular specially those based on extremism and call for protection of human rights, which provisions are parallelled by the principles and rules of international law founded on cooperation between peoples for the establishment of peace;

Abiding by the lofty, moral and religious principles particularly the provisions of the Islamic Sharia as well as the human heritage of the Islamic Ummah.

Adhering to the Charter of the Organisation of the Islamic Conference, its objectives and principles aimed at creating an appropriate atmosphere to strengthen cooperation and understanding among Islamic States as well as relevant OIC resolutions;

Adhering to the principles of International Law and the United Nations Charter as well as all relevant UN resolutions on procedures aimed at eliminating international terrorism, and all other conventions and international instruments to which states acceding to this Convention are parties and which call, inter alia, for the observance of the sovereignty, stability, territorial integrity, political independence and security of states, and non-intervention in their international affairs;

Proceeding from the rules of the Code of Conduct of the Organization of Islamic Conference for Combating International Terrorism;

Desiring to promote cooperation among them for combating terrorist crimes that threaten the security and stability of the Islamic States and endanger their vital interests;

Being committed to combating all forms and manifestations of terrorism and eliminating its objectives and causes which target the lives and properties of people;

Confirming the legitimacy of the right of peoples to struggle against foreign occupation and colonialist and racist regimes by all means, including armed struggle to liberate their territories and attain their rights to self-determination and independence in compliance with the purposes and principles of the Charter and resolutions of the United Nations;

Believing that terrorism constitutes a gross violation of human rights, in particular the right to freedom and security, as well as an obstacle to the free functioning of institutions and socio-economic development, as it aims at destabilizing States;

Convinced that terrorism cannot be justified in any way, and that it should therefore be unambiguously condemned in all its forms and manifestations, and all its actions, means and practices, whatever its origin, causes or purposes, including direct or indirect actions of States;

Recognizing the growing links between terrorism and organized crime, including illicit trafficking in arms, narcotics, human beings and money laundering;

Have agreed to conclude this Convention, calling on all Member States of the Organization of the Islamic Conference to accede to it.

Part I: Definition and General Provisions

For the purposes of this Convention:

a. Peoples’ struggle including armed struggle against foreign occupation, aggression, colonialism, and hegemony, aimed at liberation and self-determination in accordance with the principles of international law shall not be considered a terrorist crime.

b. None of the terrorist crimes mentioned in the previous article shall be considered political crimes.

c. In the implementation of the provisions of this Convention the following crimes shall not be considered political crimes even when politically motivated:

d. All forms of international crimes, including illegal trafficking in narcotics and human beings money laundering aimed at financing terrorist objectives shall be considered terrorist crimes.

Chapter I: In the Field of Security

Division I: Measures to Prevent and Combat Terrorist Crimes.

I. The Contracting States are committed not to execute, initiate or participate in any form in organizing or financing or committing or instigating or supporting terrorist acts whether directly or indirectly.

II. Committed to prevent and combat terrorist crimes in conformity with the provisions of this Convention and their respective domestic rules and regulations the contracting States shall see to:

Contracting States shall cooperate among themselves to prevent and combat terrorist crimes in accordance with the respective laws and regulations of each State in the following areas:

Each Contracting State pledges to promote cooperation with other contracting states and to extend assistance in the field of investigation procedures in terms of arresting escaped suspects or those convicted for terrorist crimes in accordance with the laws and regulations of each country.

The Contracting States shall cooperate in:

Chapter II: In the Judicial Field

Contracting States shall undertake to extradite those indicted or convicted of terrorist crimes, requested for extradition by any of these countries in compliance with the rules and conditions stipulated in this Convention.

Extradition shall not be permissible in the following cases:

For the purpose of extraditing crime perpetrators according to this Convention, the domestic legislations of Contracting States shall not have any bearing as to their differences with respect to the crime being classified as a felony or misdemeanor, nor as to the penalty prescribed for it.

Each Contracting State shall request from any other Contracting State to undertake in its territory rogatory action with respect to any judicial procedures concerning an action involving a terrorist crime and in particular:

Each Contracting State shall implement rogatory commissions related to terrorist crimes and may reject the request for implementation with respect to the following cases.

The request for rogatory mission shall be implemented promptly in accordance with the provisions of the domestic laws of the requested State and which may postpone its implementation until its investigation and prosecution procedures are completed on the same subject or until the compelling reasons that called for postponement are removed. In this case the requesting State shall be informed of this postponement.

The request for a rogatory commission related to a terrorist crime shall not be refused on the grounds of the rule of transaction confidentiality for banks and financial institutions. And in the implementation of the request the rules of the enforcing State are to be followed.

Each Contracting State shall extend to the other contracting parties every possible assistance as may be necessary for investigation or trial proceedings related to terrorist crimes.

The request for trial on the basis of para (1) of the previous article, entails the suspension of procedures of prosecution, investigation and trial in the territory of the requesting State except those relating to the requisites of cooperation, assistance or rogatory commission sought by the State requested to hold the trial procedures.

The State requested to hold trial may undertake all measures and procedures stipulated by its legislation regarding the accused both before and after the request for trial is received.

Section 4: Seized Assets and Proceeds of the Crime.

If the extradition of a subject is decided, the Contracting State shall hand over to the requesting State the assets and proceeds seized, used or related to the terrorist crime, found in the possession of the wanted subject or with a third party.

The State requested to hand over the assets and proceeds may undertake all necessary custodial measures and procedures for the implementation of its obligation. It may also retain them provisionally if required for penal action implemented therein or hand them to the requesting State on condition that they shall be returned for the same purpose.

A Contracting State shall see to it that the evidence and effects of any terrorist crime committed on its territory against another Contracting State are examined by its competent organs and may seek assistance to that end from any other Contracting State. Moreover, it shall take every necessary step to safeguard the evidence and proof of their legal relevance. It may communicate, if requested, the result to the country whose interest were targeted by the crime. The State or States which have assisted in this case shall not pass this information to others.

The exchange of extradition requests between Contracting States shall be undertaken directly through diplomatic channels or through their Ministries of Justice or their substitute.

A request for extradition shall be submitted in writing and shall include:

The requesting State shall send a request together with the documents listed in Article 24 of this Convention. If the requested State accepts the request as valid, its competent authorities shall implement it in accordance with its legislation and shall promptly notify the requesting State of the action undertaken.

If the requested State requires additional clarification to ascertain the conditions stipulated in this chapter, it shall notify the requesting State thereof and fix a date for provision of such clarifications.

If the requested State received a number of extradition requests from various countries related to the same or diverse acts, this State shall decide upon these requests bearing in mind the circumstances and in particular the possibility of subsequent extradition, date of receiving the requests, degree of the danger of the crime and where it was committed.

Requests for rogatory commission and accompanying documents shall be signed or stamped with the seal of a competent authority or that authorized by it. These documents shall be exempted from all formal procedures that could be required by the legislation of the requested State.

If the authority that received the request for rogatory commission was not competent enough to deal with it, it shall automatically transfer it to the competent authority in its country. If the request is forwarded directly the answer shall reach the requesting State in the same manner.

Any refusal for rogatory commission shall be explained.

If the requesting State deems that the appearance of the witness or expert before its judicial authorities is of special importance, reference thereto shall be made in its request. The request or summons shall include an approximate statement in terms of compensation, travel expenses, accommodation and commitment to make these payments. The requested State shall invite the witness or expert and inform the requesting State about his/her reply.

This Convention shall be ratified, or adhered to, by the Signatory States and the instruments of ratification or accession shall be deposited with the General Secretariat of the Organisation of the Islamic Conference not exceeding a period of thirty days as of the date of ratification or accession. The General Secretariat shall inform all Member States about any deposition and date of such instruments.

It is not permissible for any Contracting State to make any reservation, explicitly or implicitly in conflict with the provisions of this Convention or deviating from its objectives.

This Convention has been written in English, Arabic and French of equal authenticity, of one original deposited with the General Secretariat of the Organization of the Islamic Conference which shall have it registered at the United Nations Organization, in accordance with the provisions of Article 102 of its Charter. The General Secretariat shall communicate approved copies thereof to the Member States of the Organization of the Islamic Conference. 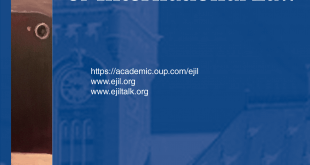