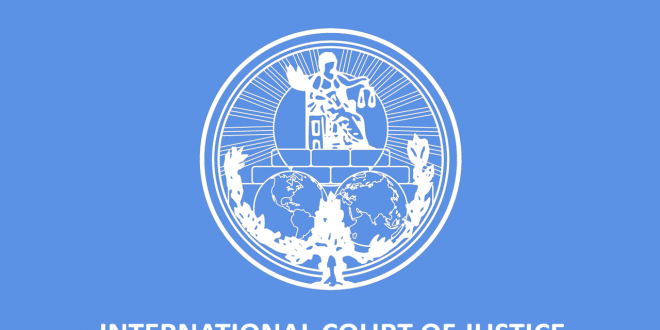 The International Court of Justice launches an app

The International Court of Justice launches an app

THE HAGUE, 22May 2019. Today, the International Court of Justice, the principal judicial organ of the UnitedNations, launched a mobile device app.

The free app, called CIJ-ICJ, allows users to keep abreast of developments at the Court in its two official languages, French and English, by providing essential information on the Court and its activities, including on pending and concluded cases, decisions, press releases and the Court’s judicial calendar. It also allows users to receive real-time notifications as soon as a new decision or press release is published, and enables members of the media to register for accreditation for the Court’s public hearings and readings.

The app consists of five sections: “Court” introduces the ICJ; “Cases” lists the 176cases dealt with by the Court since 1946; “Decisions” gives access to all of the Court’s judgments, orders and advisory opinions; “Press” shows every press release published since the Court’s establishment; and “Calendar” contains the dates of all public hearings and sittings, as well as a link to the Court’s online accreditation procedure.

Users are encouraged to enable notifications (from the settings app of their mobile device) to allow them to receive the latest decisions and press releases of the Court in real time. To ensure optimal performance, they are also advised to update the app whenever updates are available.

The new app is available for download free of charge in the App Store (for iOS devices) at https://itunes.apple.com/us/app/cij-icj/id1447243376?mt=8and on Google Play (for Android devices) at https://play.google.com/store/apps/details?id=com.icj.icjmobileapp&hl=en. Its launch is part of the Registry’s recent efforts to use modern technology to provide information about the Court, and makes the Court the first international judicial body in the Netherlands to put such a tool at the disposal of the public.

The International Court of Justice(ICJ)is the principal judicial organ of the United Nations.It was established by the United Nations Charter in June1945 and began its activities in April1946.The seat of the Court is at the Peace Palace in The Hague (Netherlands).Of the six principal organs of the United Nations, it is the only one not located in New York.The Court hasa twofold role:first, to settle, in accordance with international law, legal disputes submitted to it by States (its judgments have binding force and are without appeal for the parties concerned);and, second, to give advisory opinions on legal questionsreferred to it by duly authorized UnitedNations organs and agencies of the system.The Court is composed of 15judges elected for a nine-year term by the General Assembly and the Security Council of the UnitedNations.Independent of the UnitedNations Secretariat, it is assisted by a Registry, its own international secretariat, whose activities are both judicial and diplomatic, as well as administrative.The official languages of the Court are French and English.Also known as the “World Court”, it is the only court of a universal character with general jurisdiction.