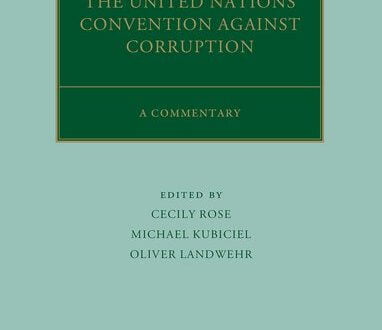 The United Nations Convention Against Corruption

The United Nations Convention Against Corruption

The United Nations Convention against Corruption includes 71 articles, and takes a notably comprehensive approach to the problem of corruption, as it addresses prevention, criminalization, international cooperation, and asset recovery. Since it came into force more than a decade ago, the Convention has attracted nearly universal participation by states. As a global and comprehensive convention, which establishes new rules in several areas of anti-corruption law and helps shape domestic laws and policies around the world, this treaty calls for scholarly study.

This volume helps to fill a gap in existing academic literature by providing an invaluable reference work on the Convention. It provides systematic coverage of the treaty, with each chapter discussing the relevant travaux preparatoires, the text of the final article, comparisons with other anti-corruption treaties, and available information about domestic implementing legislation and enforcement.

This commentary is designed to serve as a reference work for academics, lawyers, and policy-makers working in the anti-corruption field, and in the fields of transnational criminal law and domestic criminal law. Contributors include anti-corruption experts, scholars, and legal practitioners from around the globe.

Cecily Rose is an assistant professor of public international law at the Grotius Centre for International Legal Studies, Leiden University. Before joining the Grotius Centre she worked as an associate legal officer at the International Court of Justice and the Special Court for Sierra Leone, and in private practice. She holds a LL.M. and Ph.D. from the University of Cambridge, a J.D. from Columbia Law School, and B.A. (English) from Yale.

Michael Kubiciel is a professor of criminal law, criminal law theory and comparative law and the executive director of the Institute for Criminal Law and Criminal Procedure at the University of Cologne/Germany. His main fields of work are fraud/corruption and the internationalization of criminal law. In the last ten years he has acted as a consultant for several international organizations regarding anti-corruption policies, written several book-chapters, articles and a book in that field and has contributed to the official Technical Guide to UNCAC and the EU Anti-Corruption Report. Before joining the law faculty in Cologne, Kubiciel worked as an assistant professor at the University of Regensburg, as senior researcher at the Max Planck Institute for Foreign and International Criminal Law and as associate in the Dusseldorf office of Wessing Rechtsanwalte.


Oliver Landwehr is a legal officer at the Corruption and Economic Crime Branch of the United Nations Office on Drugs and Crime (UNODC) in Vienna. He mainly works on the evaluation of national anti-corruption legislation in the framework of the Implementation Review Mechanism of the United Nations Convention against Corruption (UNCAC). Prior to coming to UNODC, he worked as a referendaire (law clerk) in the chambers of two judges at the General Court of the EU, as a lecturer at King’s College London School of Law and in private practice in an international law firm.

Philip Fitzgerald (Contributing editor of the FCPA blog; doctoral thesis on ‘The International Normative Framework for Combating the Corruption of Foreign Public Officials’) 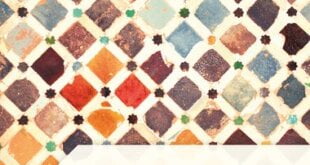