The Pardon of Fujimori: Amnesties and Remedies Before the Inter-American Court of Human Rights

The Pardon of Fujimori: Amnesties and Remedies Before the Inter-American Court of Human Rights

[Carlos Lopez is a Senior Legal Adviser at the International Commission of Jurists.]

The “humanitarian pardon and grace” granted by Peruvian President Kuczynski to former President Fujimori on the eve of Christmas 2017 has spurred significant political and legal controversy in Peru and abroad. Predictably, the Presidential pardon and grace –a discretionary measure for the President under Peruvian Constitution of 1993- are being challenged before national courts and the Inter-American Court of Human Rights.

Alberto Fujimori presided over one of the most corrupt and abusive civil dictatorships of recent history in Latin America. Between 1992 and 2000 during a time of economic liberal reform in the country, Peru’s government forces defeated the armed insurgents of Shining Path using harsh anti-terrorism laws, faceless tribunals and curtailing due process and fair trial. (The Shining Path insurgents were themselves responsible for widespread atrocities.) The conflict caused more than 60,000 victims among cases of enforced disappearance, torture and extra-judicial execution by death squads. One such death squad, the Colina Group, was part of the intelligence apparatus that carried out executions for which Fujimori was found indirectly responsible and convicted in 2007. He was sentenced to a total of 25 years in prison (on counts of corruption and grave human rights violations). The pardon now granted to Fujimori releases him from prison, effectively limiting the sentence to 11 years.  But the most significant consequence is that the “grace” grants him immunity from prosecution in the future for other crimes for which he may be charged.

Legal challenges to pardon to Fujimori

The pardon and grace to Fujimori are challenged at two levels: before Peru’s National Criminal Chamber (a specialized High Court that deal with cases of serious human rights violations) and before the Inter-American Court of Human Rights (IACourt). But the proceedings before each tribunal are of distinct nature.  The National Criminal Chamber was asked to decide whether or not to apply the “humanitarian pardon and grace” to Fujimori in the context of ongoing proceedings against members of paramilitary Colina group accused of committing the massacre of several peasants in the locality of Pativilca, north of Lima, an incident for which Fujimori is also alleged to have an indirect responsibility. Under Peruvian law, the effects of the grace granted to Fujimori would extend to ongoing and future investigations and prosecutions, virtually granting Fujimori a personal amnesty and immunity from prosecution. If the National Chamber applies the presidential grace to the case, Fujimori would be excluded from the proceedings. But if the Chamber follows the existing IACourt jurisprudence, it would consider the grace measure without legal effect and not applicable to the case at issue. As expected, on 9 February 2018, the Criminal Chamber decided to set aside the controversial grace, making the measure inapplicable to the case at issue, and continue criminal proceedings against Fujimori and several others. The case is now under appeal to Peru’s Supreme Court.

The domestic legal battle has international ramifications reaching to the IACourt. The IACourt has recently convened a public hearing to monitor compliance with its previous judgments in the well-known cases of Barrios Altos and La Cantuta, both against Peru. At the hearing (2 February 2018), relatives of the victims and human rights organizations called on the IACourt to declare the pardon without legal effect and null and void. The Government of Peru claims the IACourt cannot do so without infringing national sovereignty. According to Kuczynski’s government, the Peruvian Constitution that allows presidential discretionary pardons should prevail. If anything the Court has to request the State to take corrective measures. Some governmental voices are already saying a decision by the IACourt declaring the pardon invalid will not be accepted by Peru.

Human rights organizations (Peruvian and international) have rushed to present their views in what is seen a crucial battle before the IACourt. The International Commission of Jurists together with other groups has argued in an Amicus Curiae brief that the use of pardons and grace as amnesty laws are incompatible with the international law obligations incumbent upon Peru, in particular its obligations to investigate and, when appropriate, prosecute and sanction those responsible for grave human rights violations.

Organizations have also argued that Peru failed in its obligation to ensure conformity of its national laws and regulations (such as the pardon and grace) with the American Convention of Human Rights. The resolution granting the pardon and grace to Fujimori was not taken on the basis of objective information and overlooked due process. Under the IACourt’s jurisprudence all national authorities (including the judiciary) have the obligation to conform their conduct to the requirements of the American Convention and to ensure they do a preliminary test to that effect (so called “control de convencionalidad”).

The prospects: what will the IACourt decide?

Part of the current controversy on the legality of the pardon to Fujimori relates to the kind of decision the IACourt might take.  The positions of the parties to the dispute differ sharply on this point. It should not be forgotten that the current proceedings before the IACourt correspond to phase of monitoring of the implementation of its previous judgments in the Barrios Altos and La Cantuta cases. Here, the IACourt is not exercising primary jurisdiction to decide whether a violation of the American Convention has occurred or not. But even at the stage of monitoring implementation, the IACourt may find that certain measures or conduct by the government are inconsistent with the obligation to implement the IACourt judgments in good faith and in accordance with international law.

Should the Court take a decision on the legality of Peru’s measure granting pardon and grace to Fujimori, it may have two alternatives: it may consider the Fujimori pardon/grace incompatible with international law and order Peru to take corrective measures and abrogate the pardon, or the Court itself may declare the pardon is a breach of international law and as such null and void? In this regard, commentators such as Gurmendi and Tafur have pointed out to the existence of two parallel trends in the jurisprudence of the IACourt which would support either line of action and be the source of certain confusion that needs clarification. But such view might be too hasty.

In its well-known judgment in Barrios Altos v. Peru, the IACourt held that “amnesty provisions, provisions on prescription and the establishment of measures designed to eliminate responsibility are inadmissible” because they prevent the investigation and punishment of those responsible for serious human rights violations” (at 41). In a holding that was to become famous, the IACourt declared:

“44. Owing to the manifest incompatibility of self-amnesty laws and the American Convention on Human Rights, the said laws lack legal effect and may not continue to obstruct the investigation of the grounds on which this case is based or the identification and punishment of those responsible, nor can they have the same or a similar impact with regard to other cases that have occurred in Peru, where the rights established in the American Convention have been violated.” (emphasis added)

This decision declaring a domestic law without legal validity has been repeated in other judgments, such as Almonacid Arellano v Chile, where the IACourt held that Chilean Decree Law No. 2.191 [granting amnesty for crimes against humanity] does not have any legal effects” (at 119). This jurisprudence constitutes a trend that is expected to be followed in the case of the pardon to Fujimori. An alternative line of jurisprudence finds the IACourt not directly declaring the measures at issue without legal effect, but instead resorting to the more traditional formula of ordering the State to repeal the relevant legislation or measures that are incompatible with international obligations. Such a line was taken in Olmedo Bustos v Chile and the recent Fontevecchia v Argentina, in relation to freedom of expression.

Although both trends in the IACourt jurisprudence are manifest, there is no confusion or, even less, contradiction between the two. The Court has been consistent over time in declaring without legal effect, null and void, measures such as amnesties in cases of grave human rights violations “such as torture, extrajudicial, summary or arbitrary execution and forced disappearance, all of them prohibited because they violate non-derogable rights recognized by international human rights law.” (Barrios Altos judgment, at 41).

For the IACourt, the gravity of the violations of the rights at issue (accepted as non derogable) is a determinant factor in tailoring its decision. Laws and other measures that breach international public policy are considered null and void, and without legal effect ab initio. But in all cases, the IACourt orders the State to adopt measures so as to wipe out the practical effects of the void legal measure in its internal order: these include reopening of court proceedings, conducting investigations. It will not be surprising if the IACourt declares the pardon to Fujimori similarly null and void and order Peru to implement the Court sentences in good faith by proceedings with ongoing investigations and prosecutions against Fujimori. 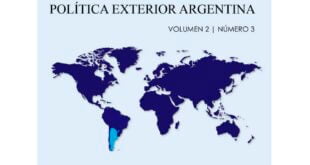