Does the ICJ Have Binding Jurisdiction Over the Guyana-Venezuela Border Controversy? Probably, But Maybe Not

Does the ICJ Have Binding Jurisdiction Over the Guyana-Venezuela Border Controversy? Probably, But Maybe Not 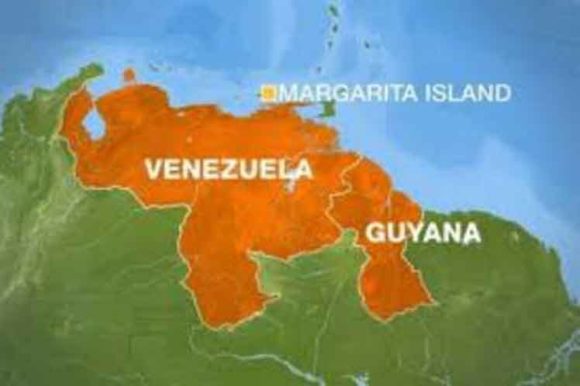 Last month, the UN Secretary General António Guterres announced that he was referring the longstanding border dispute between Guyana and Venezuela to the International Court of Justice. This decision was made after a long period of mediation by various UN Secretaries-General dating back to 1990.  But as a ICJ jurisdiction nerd, I am curious what the basis of the Secretary-General’s power to refer the dispute to the ICJ is.

It is based on the 1966 Geneva Agreement between the United Kingdom (which was sovereign over Guyana at the time) and Venezuela. That agreement specified a long process of study via a joint commission and then noted that, if agreement on the commission’s report failed, the following process should be undertaken according to Article IV(2):

There is no doubt that this provision has been invoked, and the Secretary General’s announcement indicated that he deems “the International Court of Justice as the means to be used for the solution of the controversy.”  Article 33 of the UN Charter does list “negotiation, enquiry, mediation, conciliation, arbitration, judicial settlement, resort to regional agencies or arrangements, or other peaceful means of their own choice” as options for “pacific settlement of disputes.”  The ICJ would seem to qualify as a “judicial settlement.”

The problem is that it is not clear that Article IV of the Geneva Agreement automatically makes the ICJ’s decision legally binding. Neither Guyana nor Venezuela have accepted the compulsory jurisdiction of the ICJ, so there is no independent basis for jurisdiction.  The Geneva Agreement, I suppose, should be read as delegating to the UN Secretary-General the power to refer their dispute to “judicial settlement.” But it is not clear whether this broad delegation includes any and all forms of dispute settlement, or that those settlements would be binding.

The most natural reading, I concede, is that Venezuela is indeed bound to abide by any ICJ ruling in this case. But I wouldn’t be surprised if Venezuela tries to contest the jurisdiction of the ICJ, or the binding nature of any decision it issues.