Europe is currently experiencing a so-called “refugee crisis”, demonstrated by millions of displaced people unseen since World War II. This book examines the interface between the EU’s response to irregular flows, in particular the main extraterritorial border and migration controls taken by the Member States, and the rights asylum seekers acquire from EU law.

“Remote control” techniques, such as the imposition of visas, fines on carriers transporting unsatisfactorily documented third-country nationals, and interception at sea are investigated in detail in a bid to assess the impact these measures have on access to asylum in the EU. The book also thoroughly analyses the rights recognised by the EU Charter of Fundamental Rights to persons in need of international protection, inclusive of the principle of non-refoulement, the right to leave any country including one’s own, the right to asylum, and the right to remedies and effective judicial protection.

The fundamental focus of the book is the relationship between the aforementioned border and migration controls and the rights of asylum seekers and, most importantly, how these rights (should) limit the scope of such measures and the ways in which they are implemented. The ultimate goal is to conclude whether the current series of extraterritorial mechanisms of pre-entry vetting is compatible in EU law with the EU rights of refugees and forced migrants.

Dr. Violeta Moreno-Lax is Lecturer in Law, Founding Director of the Immigration Law programme, and inaugural co-Director and co-founder of the Centre for European and International Legal Affairs at Queen Mary University of London. She is also a Visiting Professor at the College of Europe, a Fellow of the Centre of European Law of King’s College London, EU Asylum Law Coordinator at the Refugee Law Initiative of the University of London, Co-Chair of The Refugee Law Observatory, Co-convener of the Society of Legal Scholars (SLS) Migration Law Section, and member of the Steering Committee of the Migration Law Network. Before Queen Mary, she was a Lecturer in Law at the Universities of Liverpool and Oxford. She held visiting positions at the Universities of Macquarie and New South Wales, Oxford, Nijmegen, and The Hague Academy of International Law (Research Session 2010). She has published widely in the areas of international and European refugee and migration law. 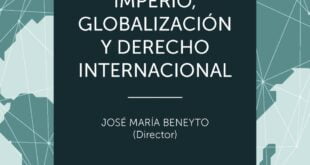