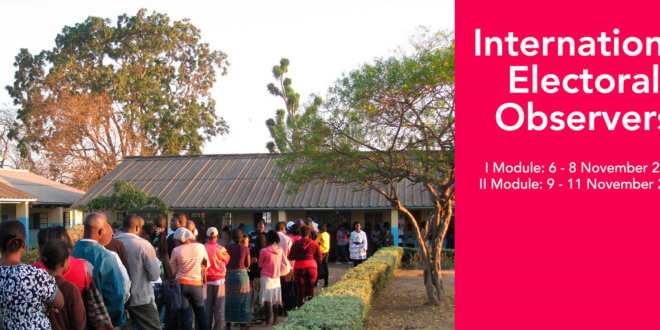 Open and legitimate elections are at the basis of both sustainable development and effective democracy. Actions supporting the right to participate in genuine elections can play a major role in sustaining peace, security and conflict prevention. This support takes the form of electoral assistance projects and election observation missions, all activities that requires skilled and trained observers.

The course will introduce the students to election observation starting with introductory remarks followed by lectures in plenum on the history of electoral observation, international legal standards, observation methods and missions functioning.

Work groups, case studies and simulations will actively engage the participants who will look closely into all different steps of an electoral observation mission.

The course is divided in two modules. Starting with a thorough introduction on the international observation theory and its legal standards the first module will analyse the practical life of a short-term observer from the selection of the procedures to the end of the mission including the observation of the polls, the filling of the forms, the reporting system and the code of conduct. The method will combine frontal lecturers in plenary, working groups as well as role plays, discussions and simulation exercises. The second module will introduce the participants to the long-term election observation by deeply analysing some of the aspects related to an international observation mission such as working relations, interviewing techniques, media and security.

The second module is considered a complementary step for those participants who have already attended the first module or the 2012 edition of EIUC training for international observers. Nevertheless, EIUC will also accept first time applicants.

The training is organised with the patronage of the Ministries of Foreign Affairs of Italy, Czech Republic and Spain.

Venue: EIUC premises in Venice Lido at the Monastery of San Nicolò

Admission requirements: The two modules are devoted to those applicants with no experience in election observation or to those observers who have participated to a maximum of two missions as short-term observers.

Lectures are conceived for an audience of graduates mainly in Law, Political Sciences, Economics, Sociology, Philosophy, Anthropology or similar who want to discuss international election observation from a multi-disciplinary approach that will be useful in further engagements on the field.

All courses will be held in English. It is, therefore, essential that all participants understand and speak English fluently.

For more information, contacts us at [email protected] or visit www.eiuc.org/ieo 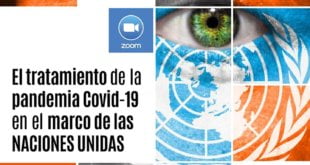 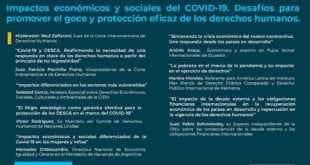 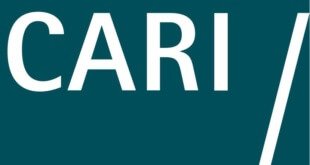