On July 7, 2017 a vote was held by a United Nations treaty conference to adopt the final text of the Treaty on the Prohibition of Nuclear Weapons (TPNW). Of the 124 states participating in the conference, 122 states voted for adoption, one state (the Netherlands) voted against adoption, and one state (Singapore) abstained. This vote brought to a successful close the second and final negotiating session for a United Nations nuclear weapons prohibition convention, the mandate for which had been given by the General Assembly in December 2016. The treaty will now be opened for signature by states on September 20, 2017, and will come into force 90 days after its 50th ratification.

The TPNW provides for a complete ban on development, possession, and use of nuclear weapons by its parties. It is difficult to overstate the significance of the TPNW within the framework of treaties on nuclear nonproliferation. It is the first multilateral nuclear weapons disarmament treaty to be adopted since the Treaty on the Non-proliferation of Nuclear Weapons (NPT) in 1968. So we are witnessing a generational event of significance.

The essential obligations of the TPNW for any state that becomes a party thereto, are listed in Article 1, which provides as follows:

(c) Receive the transfer of or control over nuclear weapons or other nuclear explosive devices directly or indirectly;

(d) Use or threaten to use nuclear weapons or other nuclear explosive devices;

(e) Assist, encourage or induce, in any way, anyone to engage in any activity prohibited to a State Party under this Treaty;

(f) Seek or receive any assistance, in any way, from anyone to engage in any activity prohibited to a State Party under this Treaty;

(g) Allow any stationing, installation or deployment of any nuclear weapons or other nuclear explosive devices in its territory or at any place under its jurisdiction or control.

The TPNW is the ultimate product of two main trends in international relations that, to the surprise of many observers, came together successfully within just the past few years. The first trend is the longstanding frustration of most of the states parties to the NPT with the noncompliance of nuclear-weapon-possessing states with the NPT’s disarmament provisions, located in Article VI.

The second, and more recent trend, is what has been dubbed the humanitarian initiative; an effort that took shape in 2012, and that brought together more than 150 states and myriad civil society groups to focus on the unacceptable harm to human life, health, and environment that would be caused by any use of nuclear weapons.

These two trends coalesced in August, 2016 at a special United Nations working group on nuclear disarmament, held in Geneva. This working group recommended the negotiation of a treaty comprehensively banning nuclear weapons. That Autumn, the First Committee of the General Assembly adopted a resolution approving the mandate for such a conference, leading to the December 16, 2016 General Assembly resolution.

Noticeably absent throughout the negotiations on the TPNW – including in General Assembly debates, the formal treaty negotiation sessions, and the voting on the final treaty text – have been all nine states known to possess nuclear weapons (the United States, the United Kingdom, France, China, Russia, Israel, India, Pakistan, and North Korea). These states, and a number of others, boycotted the negotiating process entirely. As Niki Haley, the U.S. Ambassador to the United Nations, explained: “In this day and time we can’t honestly say that we can protect our people by allowing the bad actors to have [nuclear weapons] and those of us that are good, trying to keep peace and safety, not to have them.” Similarly, the British Ambassador to the United Nations, Matthew Rycroft has stated: “The UK is not attending the negotiations on a treaty to prohibit nuclear weapons because we do not believe that those negotiations will lead to effective progress on global nuclear disarmament.”

Notwithstanding the non-participation of the nuclear-weapons-possessing states, the states negotiating the TPNW have expressed the view that the possession and potential use of nuclear weapons is an existential threat to humanity, and one that cannot be ignored simply because the few states that possess nuclear weapons are not yet ready to take meaningful steps to disarm themselves. They also see the TPNW as an important normative statement, by a supermajority of the states in the world, that the development, possession and use of nuclear weapons is immoral and must be prohibited, just as other weapons of mass destruction including chemical and biological weapons have been the subject of comprehensive prohibition treaties. And some states have expressed hope that this normative statement might contribute to the development of parallel customary international law.

The hope of states supporting the TPNW is that the treaty will constitute a normative nucleus around which efforts may be made by both states parties and international civil society to persuade nuclear-weapons-possessing states to join the treaty. The issue of verification of a former nuclear armed state’s implementation of the treaty’s disarmament provisions, once it becomes a party to the treaty, was one of the issues subject to heavy negotiation. The resulting provisions of Article 4 of the TPNW allow for former nuclear-weapons-possessing states to join the treaty as parties either after they have fully disarmed, or while still in possession of nuclear weapons, subject to a “legally binding, time-bound” plan for their destruction by a deadline to be determined by a meeting of the states parties.

From a legal perspective, there are many issues of analysis and interpretation that will keep scholars – well, me anyway – busy writing about the TPNW for years to come. These include the tension that will exist between the obligations of the TPNW, and the nuclear weapons commitments of NATO members. This, by the way, explains the Netherlands’ rather uncharacteristic vote against a nuclear disarmament treaty. NATO defense policy includes a longstanding commitment to nuclear weapons sharing agreements. At present, five NATO countries have such agreements with the United States, pursuant to which U.S. nuclear weapons are stationed on the territory of the host state, and are to be used by the host state’s military in the event of an armed conflict. The Netherlands is one of those states, along with Belgium, Germany, Italy, and Turkey. It is estimated that a total of 180 U.S. B-61 thermonuclear weapons are currently stationed on the territory of these five NATO host countries, the largest number of which are stationed at Aviano air base in Italy, and Incirlik air base in Turkey

But recall that Article 1(g) of the TPNW provides that no state party shall “Allow any stationing, installation or deployment of any nuclear weapons or other nuclear explosive devices in its territory or at any place under its jurisdiction or control.” This paragraph was very intentionally added to the TPNW in order to close a controversial loophole in Article II of the NPT, that NATO has long argued allows for such nuclear sharing agreements. So what happens if any member of NATO joins the TPNW? Can this provision of the TPNW be reconciled with the nuclear weapons sharing commitments of NATO members? Most NATO countries, clearly including the Netherlands, appear to think that it cannot be.

Other issues that require careful interpretation and analysis include the relationship between the TPNW and the NPT on matters such as safeguards of nuclear materials and facilities, and the role of the International Atomic Energy Agency. This is a subject that was contentious during the drafting of the treaty, and one on which I have already provided some preliminary commentary over at my blog.

From a political perspective, even without the buy-in of the nuclear armed states – and indeed precisely because of it – the TPNW will undoubtedly have an impact on nuclear weapons diplomacy going forward, particularly in the context of diplomacy surrounding the NPT. The next NPT Review Conference is scheduled for 2020, and the Preparatory Committee meetings for that conference have already begun. It will be important to see how the states parties to the TPNW seek to bring the treaty’s existence and implications into those already highly fraught negotiations about the health and relevance of the NPT. Many states parties to the TPNW see the new treaty as an implementation of Article VI of the NPT on nuclear disarmament, and will seek to have it acknowledged as such in the Review Conference’s final document. This will be heavily opposed by the nuclear armed states and those under their “umbrella” of nuclear protection. But negotiations on a consensus Review Conference final document are always unpredictable, and if some acknowledgment of the TPNW can be worked into it, that will represent a major political and potentially legal coup for the TPNW parties.

While much remains to be addressed both legally and politically concerning the TPNW, my own view is that the adoption of the TPNW is an event to be welcomed. It is a very useful legal supplement to the increasingly marginalized NPT, and represents a welcome shakeup of stagnant NPT politics. It very forcefully puts the issue of disarmament front and center in international nuclear weapons diplomacy. The nuclear-weapons-possessing-states can of course avoid signing the treaty. But it is now much more difficult for them to avoid seriously addressing the expressed will of the international community that nuclear weapons should be understood to be just as immoral as any other banned weaponry, and that as such their development, possession, and use should be prohibited in international law. 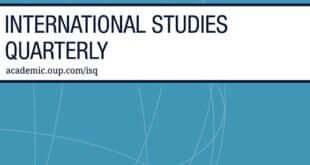