In the last decade, a growing momentum has developed to end immigration detention. This momentum has two dimensions. First, that certain migrants, such as children, should never be detained as they are in a situation of particular vulnerability. Second, that even if a migrant is not deemed to be in a situation of ‘particular vulnerability’, alternatives to detention should be preferred and detention only used as a last resort when lawful, for a legitimate purpose, necessary and proportionate. The exceptionality of immigration detention is rooted in the recognition of the harmful physical and psychological effects of the administrative detention of persons who are not accused of a crime. The adverse impact of detention is magnified when accompanied by uncertainty about when the detention might end as well as the risk of ill-treatment, discrimination and poor detention conditions.

In addition to the work of NGOs such as the International Detention Coalition, international organisations have called on states to develop alternatives to immigration detention with some producing action plans to end immigration detention. These include the UN High Commissioner for Refugees’ Global Strategy – Beyond Detention 2014 – 2019 and the Council of Europe’s Commissioner for Human Rights’ Five-Step Plan to Abolish Migrant Detention and Parliamentary Assembly’s Campaign to End the Immigration Detention of Children. At the same time, in response to the so-called ‘refugee crisis’, the detention of migrants within Europe is increasing, leading the Parliamentary Assembly to observe that, ‘[w]hilst it is universally accepted that detention must be used only as a last resort, it is increasingly used as a first response and also as a deterrent. This results in mass and needless detention’.

Within this context, the Council of Europe’s European Committee on Legal Cooperation is currently consulting on European Rules on the Conditions for the Administrative Detention of Migrants. This post looks at whether such Rules are needed and examines how well they align with the developments to end immigration detention and the risks faced by persons detained.

Why is a Codification Needed?

This is not the first time that the Council of Europe has developed standards on treatment in detention; in 2006, the Council adopted the European Prison Rules (EPR). While the EPR were intended to apply to prisons, the question might arise whether they could be extended to immigration detention. Many of the rules within the EPR apply equally regardless of the type of detention. This is because they focus on the inherent dignity of all human beings. Therefore, the prohibition of torture and other cruel, inhuman and degrading treatment or punishment, the rules on the use of force and restraints, the right to healthcare and equivalence of care with the community, to food and water, clothing and bedding apply no differently to someone held in a prison, police cell, immigration detention centre or psychiatric ward.

Equally, the EPR were not developed with other detention settings in mind, meaning that some parts of the EPR do not apply to immigration detention (for example, Parts VII and VIII and sections 17.1 and 33.3 as noted by the 2013 feasibility study into an instrument on immigration detention) and do not contain rules on aspects particular to immigration detention, such as preparation for removal. Further, while individual standards such as the prohibition of torture apply to every person equally, standards on the conditions of detention are likely to be most effective if they also address the overall detention setting, its purpose, design and how it is run. In this respect, an administrative detention centre for migrants is different to a prison and needs to be treated as such.

Do the Current Rules Address the Particularities of Immigration Detention?

The draft Rules recognise that ‘migrants in administrative detention shall be accommodated in facilities that are specifically designed for the reason for their detention and offer material conditions and a regime that is appropriate to their legal situation’ (B.8). However, they contain very little detail on what that means for the design and running of a detention centre and how migrants are treated. Rather, the parts of the Rules on the conditions and treatment in detention largely replicate the text of the EPR without contextualisation.

The effect of importing individual rules from the EPR into a document on immigration detention is most clearly illustrated by the section on ‘maintaining good order’. Other than reference to human dignity and one rule requiring that ‘[d]isciplinary procedures shall be mechanisms of last resort’ and ‘the authorities of administrative detention facilities shall use mechanisms of restoration and mediation to resolve disputes with and among migrants’ (LI.10), the Rules makes no mention of how the immigration centre should be designed and run to reflect the non-punitive nature of the detention and the position of vulnerability in which migrants are placed. Rather, the section on maintaining good order focuses on the use of force, searches, restraint and solitary confinement (which in themselves do not align with other international standards and norms such as the recently adopted Nelson Mandela Rules). This approach has led a coalition of NGOs to call upon the Committee to consider a ‘fundamentally different way of conceptualising what detention conditions are appropriate in the administrative immigration context … Norms based on existing human rights standards for migrants and on general principles of care and protection – not punishment or mitigation of threat – should be the driving rationale’. The Coalition argues that the codification exercise should be ‘re-frame[d] … from one in which standards are put in place to merely avoid serious harms or abuses; to one that provides guidance to States on how to properly ensure the safety, dignity and humanity of all migrants within places of immigration detention … it is nonetheless difficult to imagine why a regime that is fundamentally concerned with administrative migration procedures should ever contemplate the use of force or solitary confinement, for example’.

The Definition of Detention

Beyond the draft Rules on treatment in detention, the instrument takes a restrictive view on what constitutes detention by confining the application of the Rules to a ‘closed detention centre’ which is defined as a ‘place where migrants held within it are deprived of their liberty and specifically designed for that purpose’. This definition leaves significant gaps in application where a person may be deprived of his or her liberty, for example, in transit zones, in an airport or on a ship. The draft Rules also provide that a migrant may be held in a prison (draft Rule B.11) or police custody (B.12) in ‘exceptional’ circumstances which does not align with other international standards and norms on immigration detention, such as the UNHCR’s Guidelines on the Applicable Criteria and Standards relating to the Detention of Asylum-Seekers and Alternatives to Detention, which prohibit detention of migrants in both contexts.

Detention as a Last Resort, Alternatives and Length of Detention

The title of the draft Rules suggests an exclusive focus on conditions of detention. However, they also address the decision to detain. This is important given the move towards ending immigration detention in favour of alternatives. The draft Rules cite Article 5(1) of the European Convention on Human Rights as the authority for the grounds to detain. However, they arguably go further than the European Court of Human Rights jurisprudence particularly on 5(1)(f). Draft Rule B.1 provides that ‘[d]etention should be for the shortest time possible and imposed only as a measure of last resort and after full consideration of all sufficient but less coercive alternatives [see also Rule D.3], in particular as concerned [sic] migrants in vulnerable situations’. Draft Rule B.2 recognises that the decision to detain should be on an individual basis, thus prohibiting the routine or blanket detention and Draft Rule D.1 requires that the ‘detention itself shall be lawful, proportionate and not arbitrary’.

At the same time, if detention is to be a last resort, the Draft Rules provide no direction on what the exceptional circumstances might look like that legitimate detention. This is in contrast to UNHCR’s Guidelines which not only require detention to be individualised, necessary and proportionate in consideration of alternatives, but also to pursue a legitimate purpose which they confine to the protection of public order, public health or national security.

Similarly, the draft Rules do not define what is meant by ‘sufficient but less coercive alternatives’; nor do they indicate how they are to be regulated to ensure that they do not become alternative forms of detention or violate human rights themselves; or explicitly require states to have alternatives in place. Research has already been undertaken into the types of alternatives that are appropriate in the immigration context (see, for example, the IDC’s report on ‘There are Alternatives’). In developing the Rules, this type of research might be engaged with to ensure that the presumption against immigration detention is fully operationalised.

The draft European Rules refer to ‘migrants in vulnerable situations’ (Rule B.1) who they define as ‘any individual in a specific situation of vulnerability, in particular any person belonging to a group or community that is at a higher risk of being subjected to discriminatory practices, violence or hardship than other groups – at a given time in a given situation’. The Rules require that ‘[t]he individual circumstances of the migrant, especially his or her vulnerability, shall be taken into consideration’ (D.3) and that ‘[m]igrants should be screened to assess whether or not they are vulnerable … Appropriate protective action should be taken whenever a person is assessed as vulnerable’ (B.6).

The draft Rules provide a broad and open definition of who is covered by this definition of vulnerability. However, at different points in the draft they refer to certain groups although they do not refer to all of the groups included in the UNHCR Guidelines which identify ‘the special circumstances and needs of particular asylum seekers’ including ‘victims of trauma and torture’, children, ‘pregnant women and nursing mothers’, ‘victims or potential victims of trafficking’, ‘asylum seekers with disabilities’, ‘older asylum seekers’ and LGTBI asylum seekers. The draft European Rules do not make specific mention of older persons; nursing mothers, members of groups who may be at particular risk in detention such as members of the LGTBIQ communities as highlighted in OM v Hungary; or how stateless persons should be treated despite the risk of stateless persons being subject to indefinite immigration detention as highlighted in UNHCR’s Guidelines (para 9).

Where they do identify particular groups, they are not consistent in the consequences of such identification, particularly in relation to whether they should be detained at all. For example, the draft Rules require the identification and provision of ‘appropriate medical advice, counselling and … the necessary physical and medical health care’ to ‘migrants who have been subject to physical or mental or sexual abuse, torture or ill-treatment, whether prior to detention or whilst detained’ and victims of sexual and gender based violence (draft Rule H16) ‘with appropriate medical advice, counselling and with the necessary physical and mental health-care’. However, they do not assert that such groups should not be detained in the first place. By contrast, Rule B7 sets out that, ‘[s]hould … victims of trafficking be identified in a closed detention centre, they should be released and offered a recovery and reflection period of at least 30 days, during which they shall be entitled to assistance, including appropriate accommodation, psychological and material assistance, access to emergency medical treatment, counselling and information, in particular as regards their legal rights and the services available to them’.

The development of European standards on the legality and legitimacy of detention of migrants and the conditions and treatment of those held in detention provide an important opportunity to set out the international standards and norms in this area and contribute to the exceptionality of detention in a context in which it is rising rather than reducing. In the next articulation of the draft Rules, the focus should be on ensuring that the rules align with the current position of international law as well as developing rules which capture the purpose of detention and how it should be designed and run. 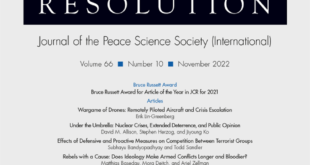