Determined to implement the Convention on Long-range Transboundary Air Pollution,

Concerned that the present emissions of air pollutants are causing widespread damage, in exposed parts of Europe and North America, to natural resources of vital environmental and economic importance, such as forests, soils and waters, and to materials (including historical monuments) and, under certain circumstances, have harmful effects on human health,

Aware of the fact that the predominant sources of air pollution contributing to the acidification of the environment are the combustion of fossil fuels for energy production, and the main technological processes in various industrial sectors, as well as transport, which lead to emissions of sulphur dioxide, nitrogen oxides, and other pollutants,

Considering that high priority should be given to reducing sulphur emissions, which will have positive results environmentally, on the overall economic situation and on human health,

Recalling the decision of the United Nations Economic Commission for Europe (ECE) at its thirty-ninth session, which stresses the urgency of intensifying efforts to arrive at coordinated national strategies and policies in the ECE region to reduce sulphur emissions effectively at national levels,

Recalling the recognition by the Executive Body for the Convention at its first session of the need to decrease effectively the total annual emissions of sulphur compounds or their transboundary fluxes by 1993-1995, using 1980 levels as the basis for calculations of reductions,

Recalling that the Multilateral Conference on the Causes and Prevention of Damage to Forests and Water by Air Pollution in Europe (Munich, 24-27 June 1984) had requested that the Executive Body for the Convention, as a matter of highest priority, adopt a proposal for a specific agreement on the reduction of annual national sulphur emissions or their transboundary fluxes by 1993 at the latest,

Noting that a number of Contracting Parties to the Convention have decided to implement reductions of their national annual sulphur emissions or their transboundary fluxes by at least 30 per cent as soon as possible and at the latest by 1993, using 1980 levels as the basis for calculation of reductions,

Recognizing, on the other hand, that some Contracting Parties to the Convention, while not signing the present Protocol at the time of its opening for signature, will nevertheless contribute significantly to the reduction of transboundary air pollution, or will continue to make efforts to control sulphur emissions, as stated in the document annexed to the report of the Executive Body at its third session,

For the purposes of the present Protocol,

2.         “EMEP” means the Cooperative Programme for Monitoring and Evaluation of the Long- range Transmission of Air Pollutants in Europe;

4.         “Geographical scope of EMEP” means the area defined in article 1, paragraph 4 of the Protocol to the 1979 Convention on Long-range Transboundary Air Pollution on Long-term Financing of the Cooperative Programme for Monitoring and Evaluation of the Long-range Transmission of Air Pollutants in Europe (EMEP), adopted in Geneva on 28 September 1984;

5.         “Parties” means, unless the context otherwise requires, the Parties to the present Protocol.

The Parties shall reduce their national annual sulphur emissions or their transboundary fluxes by at least 30 per cent as soon as possible and at the latest by 1993, using 1980 levels as the basis for calculation of reductions.

The Parties recognize the need for each of them to study at the national level the necessity for further reductions, beyond those referred to in article 2, of sulphur emissions or their transboundary fluxes when environmental conditions warrant.

Each Party shall provide annually to the Executive Body its levels of national annual sulphur emissions, and the basis upon which they have been calculated.

EMEP shall in good time before the annual meetings of the Executive Body provide to the Executive Body calculations of sulphur budgets and also of transboundary fluxes and depositions of sulphur compounds for each previous year within the geographical scope of EMEP, utilizing appropriate models. In areas outside the geographical scope of EMEP, models appropriate to the particular circumstances of Parties therein shall be used.

The Parties shall, within the framework of the Convention, develop without undue delay national programmes, policies and strategies which shall serve as a means of reducing sulphur emissions or their transboundary fluxes, by at least 30 per cent as soon as possible and at the latest by 1993, and shall report thereon as well as on progress towards achieving the goal to the Executive Body.

Article 7 Amendments to the Protocol

1.         Any Party may propose amendments to the present Protocol.

If a dispute arises between two or more Parties as to the interpretation or application of the present Protocol, they shall seek a solution by negotiation or by any other method of dispute settlement acceptable to the parties to the dispute.

2.         in matters within their competence, such regional economic integration organizations shall, on their own behalf, exercise the rights and fulfil the responsibilities which the present Protocol attributes to their member states. in such cases, the member states of these organizations shall not be entitled to exercise such rights individually.

1.         The present Protocol shall be subject to ratification, acceptance or approval by signatories.

2.         The present Protocol shall be open for accession as from 13 July 1985 by the States and organizations referred to in article 9, paragraph 1.

4.         The instruments of ratification, acceptance, approval or accession shall be deposited with the Secretary-General of the United Nations, who will perform the functions of depositary.

1.         The present Protocol shall enter into force on the ninetieth day following the date on which the sixteenth instrument of ratification, acceptance, approval or accession has been deposited.

At any time after five years from the date on which the present Protocol has come into force with respect to a Party, that Party may withdraw from it by giving written notification to the depositary. Any such withdrawal shall take effect on the ninetieth day after the date of its receipt by the depositary.

The original of the present Protocol, of which the English, French and Russian texts are equally authentic, shall be deposited with the Secretary-General of the United Nations.

In witness whereof the undersigned, being duly authorized thereto, have signed the present Protocol.

Done at Helsinki this eighth day of July one thousand nine hundred and eighty-five. 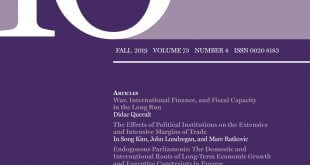