Last week the Assembly of States Parties (ASP) to the ICC held its Ninth Session in New York. One of the issues on the agenda of the 9th ASP was discussion of amendments to the ICC Statute. Some States had proposed amendments just prior to the Kampala Review Conference which did not make it on to the agenda at Kampala. Consideration of those amendments had been deferred until the 9th ASP where they were to be discussed by a Working Group on Amendments. One of the amendments was pushed by the African Union and proposed that Article 16 of the ICC Statute be amended to allow the General Assembly, in addition to the Security Council, to defer proceedings before the ICC. [Recently, I co-authored a paper (with Charles Jalloh and Max du Plessis on this AU proposal) which was discussed here and here.]  There was not enough time to discuss the substance of the proposed amendments at last week’s ASP and much of the discussion in the Working Group on Amendments  focussed on the process by which the Working Group would consider the amendments. The Working Group decided that it would hold inter-sessional meetings to carry out further discussions of the amendments.

Although the Article 16 amendment was first proposed in a meeting of African States parties to the Rome Statute, held in Nov. 2009, it was never quite clear how much support the proposal actually had among African States. It was therefore going to be interesting to see whether African States would continue to push for the amendment. Apparently, African States were not particularly vocal at the meeting. My co-author Charles Jalloh reports on his blog that

To begin with, for all the noise that the AU and some African States had been making about the proposal to amend Article 16 of the Rome Statute, none had come into that meeting prepared to raise the proposal. The South African delegation was present but was pretty silent, considering that it was the previous mover of the African proposal at the Eight ASP in The Hague.  In fact, throughout the first day of open ended discussions regarding the amendments, only one African State (South Africa) took the floor to weigh in on procedural matters – despite the apparent presence of a large contingent of delegates from the region at the Ninth ASP.

Charles suggests a number of possible reasons for this silence by African States, the first of which is that the

the silence may be a function of a lack of agreement by individual states with the position espoused by the political leadership of the African Union (AU) based in Addis. It may be that some African countries simply do not wish to join the anti-ICC bandwagon, especially when it comes to Bashir and the Sudan situation where, after all, thousands upon thousands of black Africans have been killed by state-sponsored militia supported, or at least, condoned by Khartoum.

This explanation would seem to be consistent with the position taken by African States with regard to the Bashir indictment. There seems to be heated discussions in Addis with strongly worded resolutions but then not much follow up on this apparently heated feeling elsewhere. This was precisely what happened with regard to the AU’s call for the Security Council to defer the Bashir proceedings. There does not appear to have been much follow up on this in New York by African States, despite the fact that there are always three African States on the Council. 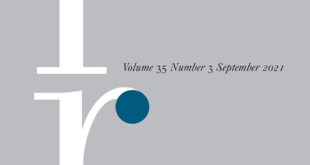